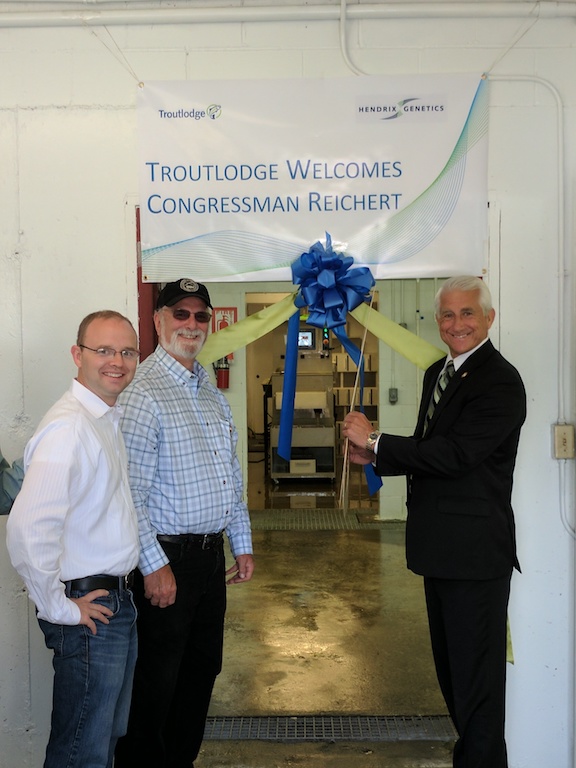 Washington State’s Troutlodge has upgraded its trout egg incubation facility, allowing it to hold and incubate as many as 100 million trout eggs at a time.

The remodeled facility, located in Bonney Lake, Washington, was officially opened on July 5.

Washington Congressman Reichert, who cut the ceremonial ribbon at the facility’s opening, noted the role of Troutlodge in the state’s economy. “The new Troutlodge incubation facility is of critical importance to retaining jobs in the 8th Congressional District. Troutlodge prides itself on being the largest and leading supplier of live trout eggs. Each year their 60 employees work hard to produce about 500 million trout eggs, of which the vast majority is exported. This is a great example of how exports help drive business and support jobs. It is also one of the reasons I am a committed advocate for trade and will continue fighting to open new markets for American businesses and workers.”