A US private family capital fund focused on investing in Sub-Saharan Africa has invested in a trout producer and processor headquartered in Lesotho. 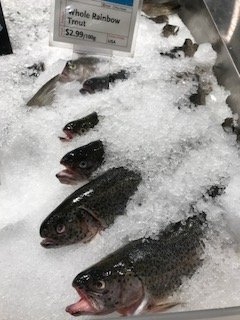 The fund, One Thousand & One Voices (also known as 1K1V), says the investment in aquaculture business SanLei is its third investment in the region but its first in the Kingdom of Lesotho.

“With 1K1V’s investment, we believe SanLei can grow into a unique African trout producer and exporter,” said Willem Schoonbee, CEO of SanLei.

SanLei has secured a strategic marketing and distribution agreement with CGC Japan Co Ltd. CGC has more than 4,000 stores and collective revenues of more than $40.5 billion, making it Japan’s largest joint procurement supermarket chain, said 1K1V. The agreement allows CGC to exclusively sell and market SanLei trout in Japan under its flagship “Shizen No Ashiato” or “Trace Of Nature” banner.