Scaling up to a more sustainable aquaculture with industrial symbiosis

We’ve all learned about it in our elementary science classes. Different organisms living together in a particular habitat. Each living thing with their own role, dependent on one another so that all could survive and thrive in this symbiotic relationship.

Aquaculture is just one of recent areas where this principle is being adopted in a form known today as industrial symbiosis.

Picture a gigantic recirculating aquaculture system (RAS) facility producing tens of thousands of salmon per year. Nearby is a smolt facility. Its next-door neighbour is a fish-feed manufacturing plant. Down the road are a fish processing plant and a renewable energy plant.

A walk in the industrial symbiosis park
Such is the millieu that Quality Salmon envisions and is investing in. Its massive $2.4-billion project in Sotenäs, Sweden will create what’s touted as “a true circular industry” in land-based salmon farming. The facility will sit on 140-hectare leased land, hailed as the largest land-based salmon farm in terms of and area (Atlantic Salmon in Miami is 65 hectares) and produce 100,000 tons of salmon per year.

The RAS facility and the other tenants in industrial park – called the Sotenäs Symbioscentrum (Sotenäs Symbiosis Centre) – will benefit from each other by sharing resources and energy.

The network includes an algae production plant, and a system for recycling plastic waste from the sea, a feed factory, salmon farm, slaughterhouse, processing facility, and facilities for water purification and management of residual products.

A key part of the network is an anaerobic digestion (biogas) plant. The plant will transform fish waste into energy for heat and electricity to be used by other tenants.

The municipality of Sotenäs is leasing the land to the network tenants. In return, the venture is expected to produce 2,000 new jobs in the municipality. The network will also benefit the fishing community of Sotenäs by way of improved use of sea-based resources and a reduction of environmental impacts. 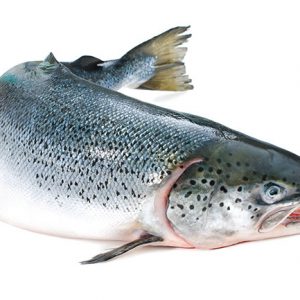 Traceability and documentation throughout the value chain are a constant at Quality Salmon Industrial Park in Sotenäs, Sweden Photos:salmon /© Alexander Raths / Adobe Stock; 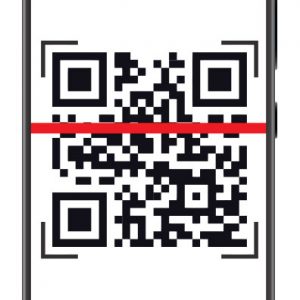 Circular economy, also called circularity, is an economic system which focuses on eliminating waste. It employs principles of reusing, sharing, and recycling to create a closed-loop system that cuts waste, pollution, and carbon emissions.

“This is more than just producing salmon,” says Høiås. “This industrial park will include all the functions involved in completing the value chain…it’s about maximizing the value for the client.”

Proximity cuts down the need for transportation, helping bring down carbon emissions, but the closer integration of process and the exchange of data from the players also ensures that production of goods by each player is kept to the quantity and quality needed.

The result is lower cost of production, less wastage, a smaller CO2 footprint, zero emissions into the sea, and the opportunity to put a “green label” on the final product. 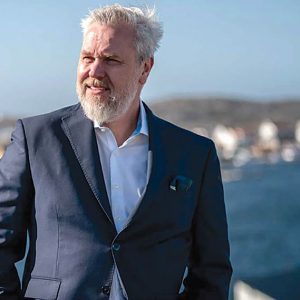 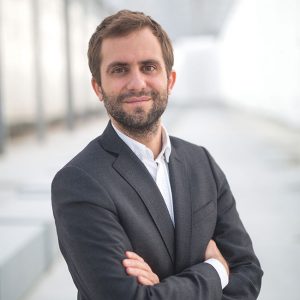 ‘Industrial symbiosis is in essence a circular production model on an industrial scale,’ says Clement Ray, co-founder and president of InnovaFeed

How to feed a feed factory sustainably
In the United States, French biotechnology company InnovaFeed SAS is building an insect protein factory in Decatur, Ill. The factory will replicate the industrial symbiosis model implemented in the company’s two other factories in France.

InnovaFeed is partnering with US-based global food giant ADM to build one of the world’s largest insect protein factories. ADM will provide InnovaFeed with corn byproduct and energy.

When completed, the US plant will produce 60,000 tons of protein derived from black soldier fly larvae per year to feed scores of aquaculture operations in North America. The plant will also produce 20,000 tons of insect oil which is used as a soy alternative for poultry feed, and 400,000 of fly feces for fertilizer.

“… In total, the industrial symbiosis model developed by InnovaFeed allows us to reduce our carbon footprint by 80 percent compared to a standard model with no symbiotic relations. This represents 57kt of CO2 saved per year,” says Clement Ray, co-founder and president of InnovaFeed.

Part of the value proposition of InnovaFeed is that is brings to the market, insect-based feed products that come with the best environmental performance.

“This model takes the form of a co-localization of InnovaFeed’s facilities with industrial players able to provide it with agricultural by-products to feed its larvae, waste energy to power the plants and existing infrastructure,” according to Ray.

For instance, the company’s plant in Nesle, France is adjacent to the Tereos starch manufacturer.

InnovaFeed’s flies produce feces that are used as fertilizer for the wheat that the starch manufacturer needs.

The starch factory is connected to the insect protein plant via pipeline. The pipeline cuts CO2 emissions and the need to use energy to dry the byproduct and transport it by truck to the plant.

The insect protein plant is also connected to the Kogeban biomas plant that produces renewable energy.

With the use of a hydro condenser, InnovaFeed is able to capture the waste energy which would otherwise have been expelled to the atmosphere. This recaptured waste energy, provides for 60 percent of the protein plant’s energy needs.

According to Ray, many aquaculture operations around the world employ strategies that have “similar in ethos” to industrial symbiosis.

Some examples of these can be found in aquaponics and the growing of finfish, shellfish and marine plants together. The practice of integrated multi-trophic aquaculture (IMTA) employs a concept from nature where in a food chain, one species feed on the waste generated by another.

“Industrial symbiosis is in essence a circular production model on an industrial scale – with multiple integrated players within a very small geographic range,” says Ray.