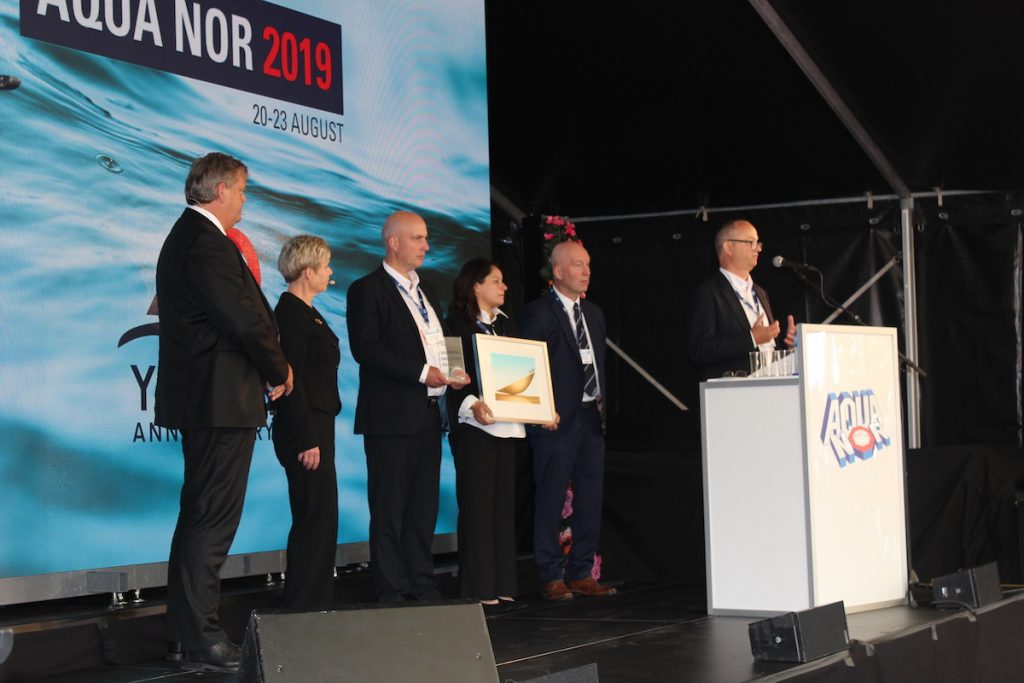 Benchmark’s technology stood out among 30 applications, according to Liv Holmefjord, chairman of the board of the Nor-Fishing Foundation, who announced the winner at the opening ceremony of Aqua Nor.

The decision to give the award to Benchmark was based on the “level of innovation and its importance to the development of aquaculture,” Holmefjord said.

“We believe sustainability can’t be owned by one company,” Pye said.

Chemical based bath treatments for the removal of sea lice that are released back into the water are one of the biggest objections to the aquaculture industry. The Clean Treat technology allows for the removal of the medicinal components, purifying the water before releasing it back to the sea. The technology has the potential to be used in well boats, tankers, platforms and onshore, according to Benchmark.

“Our goal is to help the industry grow in a sustainable way,” said Carolina Faune, Benchmark’s head of Nordics. “As a green technology company we believe sustainability is both possible and profitable – not only when using the current medicine on the market, but also when using new ones.”