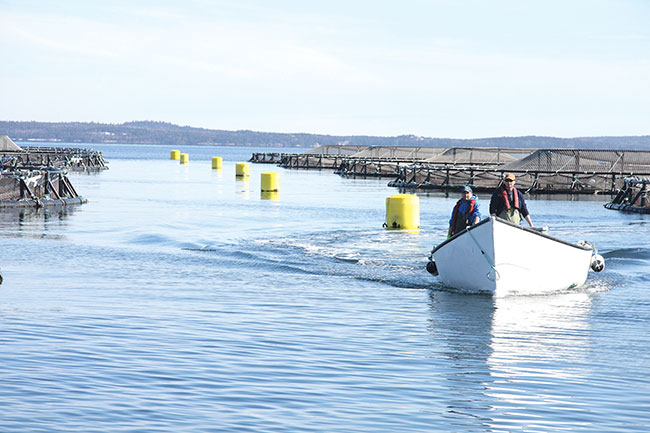 The Atlantic provinces of Newfoundland and Labrador, New Brunswick and Prince Edward Island have the political will to grow aquaculture, making them attractive destination for world-leading companies like Mowi. However, aquaculture’s lack of a “home” in the federal government remains a sore point for the Atlantic Canada Fish Farmers Association (ACFFA).

The proposed Federal Aquaculture Act is expected to address that. Fisheries and Oceans Canada (DFO), which manages Canada’s fisheries, oceans and freshwater resources, is leading the development of the Aquaculture Act. But the aquaculture industry is concerned about the Act being regulated by a department with a constitutional mandate to support the wild fishery.

“We need an Act that defines fish farming in Canada as ocean farming, similar to the FAO definition, and gives our farmers a federal supporter like the Fisheries Act does for fishermen,” says Susan Farquharson, executive director of ACFFA.

She adds that ACFFA and other associations requested the Prime Minister’s office to address this conflict of interest but received “no constructive response.” In spite the lack of federal guidance, Farquharson says she was impressed by technological advancements in the industry as it continues to invest millions of dollars into research.

“One example is the advancements in farm management structures throughout the region,” says Farquharson. “Due to these ongoing advancements in technology and the implementation of a code of containment, escapes have been dramatically reduced over the past 25 years, now estimated at well below one percent.”

Farquharson anticipates that tech advancements in post-smolt systems will take off in the region in the coming year, which would allow farmers to grow their fish longer and larger on land and reduce the fish’s time in the marine environment by 50 percent.