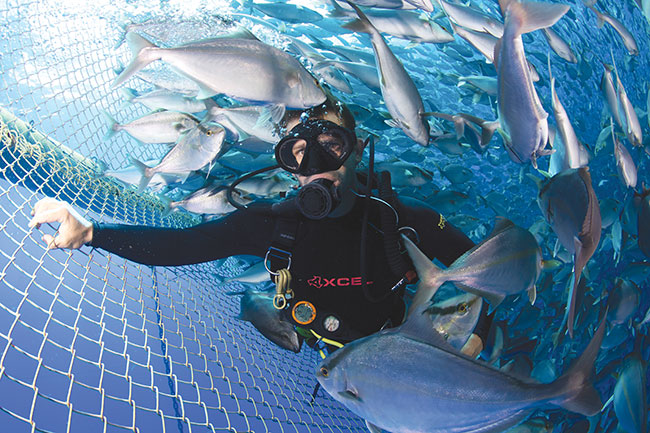 Climate change is a great equalizer for everyone involved in ocean-focused industries. Economies big and small are reeling from its impact and grappling to mitigate its threat to industries and global food production.

In his recent tour of the South Pacific, UN Secretary-General Antonio Guterres warned that the world “was not on track” to limiting global temperature rises and that it is “losing its political will to tackle climate change.”

Stakes are particularly high in the ocean economy, which contributes hundreds of millions of jobs and approximately $2.5 trillion to the global economy yearly, making it the world’s seventh-largest economy compared with national gross domestic products.

Decrease in production of aquatic plants and animals, as well as changes to their habitats due to climate change, impact a broad ecosystem that farms, processes, transports and consumes aquatic resources.

For instance, to the seaweed farmers in Southern Philippines the negative impact of climate change is real, and it is affecting their livelihood. Rising ocean temperatures are being blamed for a new disease locally known as “ice-ice,” so named because of the characteristic white spots in the seaweed. The disease has reduced farmers’ harvest of healthy seaweed fit for producing carrageenan, a food additive. To see profits, they need their harvest to be 70 percent disease-free, but today only 40 percent of their harvest is healthy.

“The optimal temperature of farmed seaweeds must be between 22°C to 31°C range. Ice-ice starts to manifest when temperature reaches beyond 31°C, ” said local carrageenan expert Dr Danilo Largo in an interview with Business Mirror.

In Australia, climate change is seen impacting the production of Atlantic salmon, which supports the highly profitable ocean-based industry in Tasmania. Ocean temperatures are believed to be stressing fish and stunting their growth. This prompted companies involved in salmon production to seek other means of managing the problem, including breeding fish tolerant to warmer waters (see farmed salmon industry initiatives on page 1).

Opportunities amidst climate change
There is a positive angle to the climate change story and aquaculture. Mariculture, in particular, can potentially inspire a shift in conversations from devastation and losses to resilience and growth.

This was one of the key messages of the recently released report titled “The Expected Impacts of Climate Change on the Ocean Economy,” commissioned by the High Level Panel for a Sustainable Ocean Economy (HLP). HLP is an initiative of 14 serving heads of government committed to drive bold, pragmatic solutions for ocean health.

Like most reports on climate change, the paper reiterates the impacts of warming ocean temperature, increased ocean acidity and rising sea levels on farmers and the broader community. However, it also puts a spotlight on the importance of alternative human responses “which could either limit or exacerbate the impacts of climate change on society.”

It urges industry players to build “socioeconomic resilience” even as they struggle with reduced productivity and altered distribution of important marine species and habitats.

The report made a special mention of the potential of marine aquaculture (mariculture), which is expected to remain buoyant in the face of climate change. Mariculture presents opportunities for farmers to test climate-adaptive aquaculture practices. 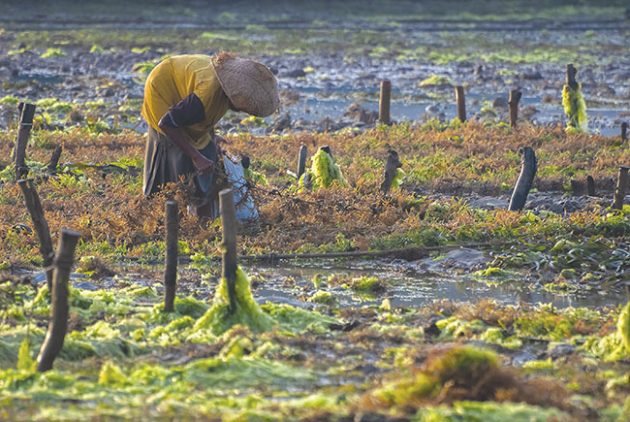 Rising ocean temperatures have been blamed for the decline in the production of some aquatic plants and animals Credit: ©LoweStock / Adobe Stock

“With careful planning, mariculture could offset losses in food and income from capture fisheries in those countries that will experience losses in that sector,” the report said. (See related report, “Ocean farming could play wider role,” on page 3).

It is worth noting that aquaculture is now the fastest growing food-production industry in the world. Marine aquaculture, which currently accounts for one-third of the total aquaculture industry, is predicted to grow its share as aquaculture producers around the world begin to realize its potential.

In the United States, lawmakers and industry stakeholders are pushing for a National Standard for Aquaculture, a legislation expected to help advance US offshore aquaculture by providing a clear process for permitting aquaculture in federal waters.

In Vietnam, the country’s recently drafted sustainable marine aquaculture strategy includes policies and programs promoting marine aquaculture. It initially involves building 270,000ha of marine farms, 6,000ha of which will be located offshore. Interestingly, offshore farming is also one of the approaches being explored by seaweed producers in the Philippines in order to sustain production and meet the increasing global demand for carrageenan.

The aquaculture industry’s receptiveness to climate-adaptive farm management practices is expected to benefit the industry over the long term. The HLP report maintains that even countries experiencing declines in fisheries productivity and catch potential would derive more catch and profits through climate-adaptive management than through business-as-usual management.

The report said that in many countries adaptive management would not only reduce the impacts of climate change, but actually increase catch and profits compared to today.