Burrowing shrimp infestation will devastate oyster growers’ businesses and habitat for dungeness crab and eel grass if the ban on the pesticide imidacloprid remains, according to oyster growers in Washington State. 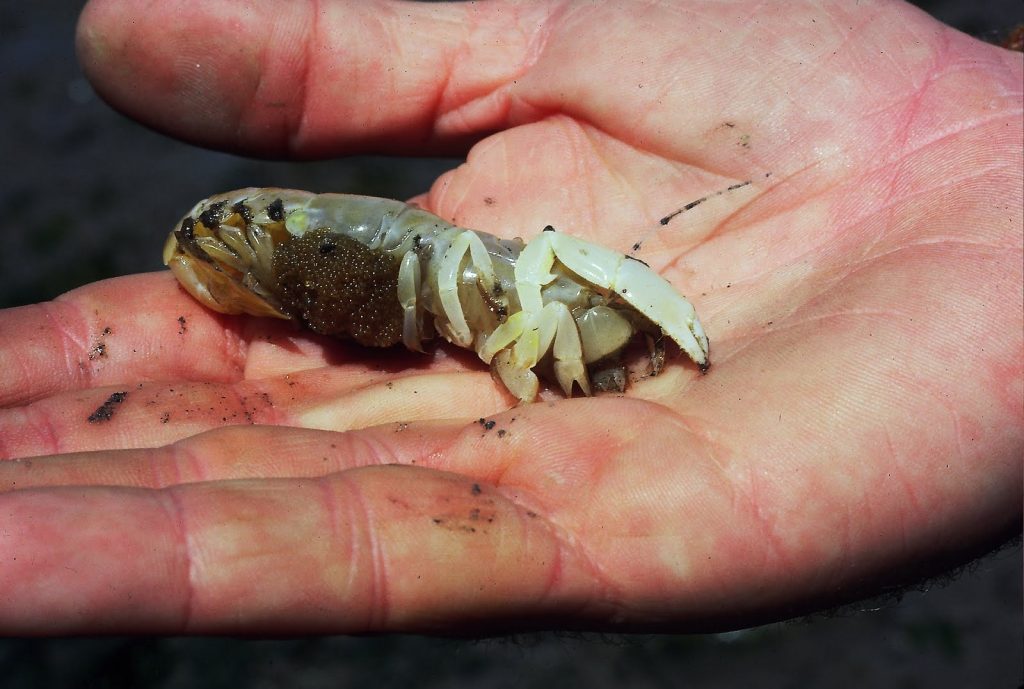 Burrowing shrimp with eggs. The pest destroys not the oysters themselves but their habitat

The Washington Department of Ecology said imidacloprid is “too risky for Washington’s environment” and is now in the process of reviewing public comment on the ban.

Members of the Willapa-Grays Harbor Oyster Growers Association use the pesticide to kill burrowing shrimp that destroy oyster beds. They accused the department of basing its tentative denial on “unsound science.”

In a letter to Rich Doenges, who manages water quality in the Southwest Region for Ecology, the group outlined how the department “ignored multiple field studies” that support the continued use of the pesticide.

“Ecology has cast aside objective, rational science, and has instead chosen a predetermined path that will not address the grave economic and ecological harm caused by this shrimp infestation,” the letter stated.

Willapa Bay shellfish farmer Brian Sheldon doubts the public comments will alter the department’s intention to ban the pesticide. He said the ban will lead to the collapse of about 70 percent of the habitat growers need to produce shellfish. “With that goes dungeness crab nursery area and eel grass habitat,” he said.

“We’ve spent many years to find an alternative, everything from mechanical methods where you basically destroy the ground to get to the shrimp and we tried different culturing methods like off-bottom — that will buy you some time but eventually the shrimp density get so large that the structure to support that culture technique fails.

“We’ve tried sonic waves, electrical shocks, concreting over the oyster beds, but nothing is realistic and they do more damage than the pesticide. There’s nothing on the horizon right now that works,” he lamented.

“As we remain mired in administrative process, it is important to keep in mind that the burrowing shrimp infestation continues, devastating not only WGHOGA members’ farms, but publicly-owned tidelands, degrading the ecological quality of what has been an extraordinary resource and place in Southwest Washington,” the letter said.