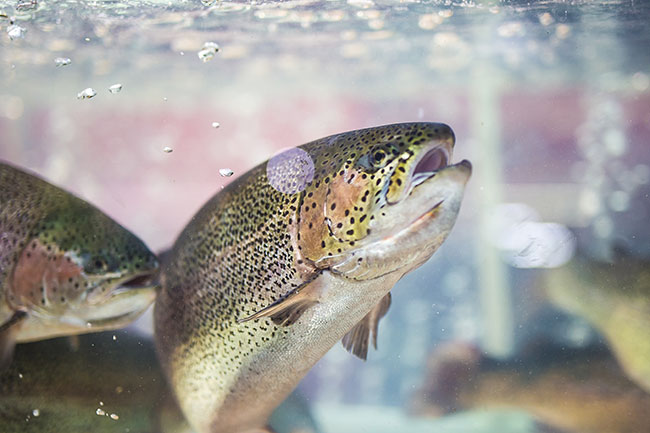 Is your farmed trout healthy? Fish farmers can now assess the health of their rainbow trout with the help of a new handbook from Nofima.

The Norwegian food research institute released the handbook on welfare indicators for farmed rainbow trout in May. It is now available to farmers, for free, on Nofima’s website.

The 130-page handbook imparts “welfare indicator toolboxes” for a wide range of production systems and operations in which rainbow trout are raised. It is available in English and Norwegian.

“Atlantic salmon and rainbow trout dominate farm animal production in Norway and are key aquaculture species in many other countries. There is increasing interest in their health and welfare from a wide range of stakeholders including those working within aquaculture, the R&D community and society in general,” says Lars Helge Stien, a Senior Scientist at the Institute of Marine Research.

The rainbow trout handbook is the second such publication from the Fishwell research project. Last year, it released a handbook for measuring Atlantic salmon welfare. That handbook is now part of Cermaq’s new fish welfare policy.

Collaborators in the Fishwell project are Nofima, the Institute of Marine Research, the Norwegian Veterinary Institute, Nord University in Bodø and the University of Stirling in the UK and the Norwegian Seafood Research Fund.