Some changes will be for good 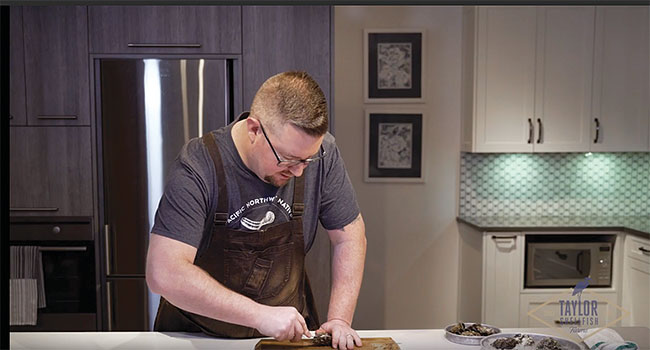 In addition to changing how people ate, the economic tragedy of the 1930s led to US legislation that created a better transportation system. According to “A Square Meal” by Jane Ziegelman and Andrew Coes, New Deal infrastructure allowed farmers to deliver harvests to regional centers for national distribution.

Legacies of the Great Depression still linger. Will the COVID-19 crisis also alter future consumer preferences and the food supply chain? Will some changes even be for the better?

Direct to consumer
With restaurants and hotels accounting for two-thirds of fresh seafood sales in the US, stay-at-home orders forced fish farmers, large and small, to re-imagine supply chains and demonstrate viability for home cooks. Producers met the moment with determination and creativity. And they changed course fast.

As mussel farmer Fiona Hollander told the Maine Aquaculture Association, when wholesale buying stopped, it was “like running into a brick wall.”

Growers, along with their counterparts in the wild fisheries, rejigged to shift more produce locally and aid newly hungry people throughout the US and Canada. Fresh seafood popped up at the Boston fish pier. The BC Salmon Farmers Association distributed salmon, both canned and fresh, to food banks. In parking lots throughout Maine, sellers met socially distanced buyers through a new Facebook-enabled program called Seafood Connect.

Coastal dwellers welcomed the fresh seafood. It has long been a hard irony that seafood distribution skips right over waterfront communities. In fact, only about five percent stays local, according to Ben Martens, executive director of Maine Coast Fishermen’s Association. 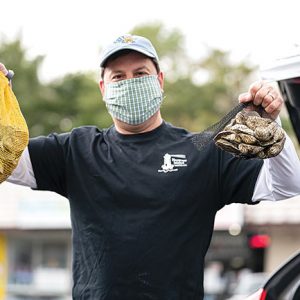 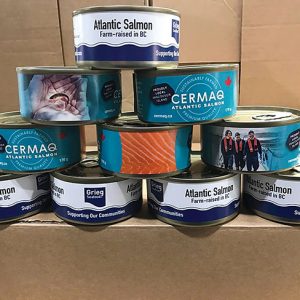 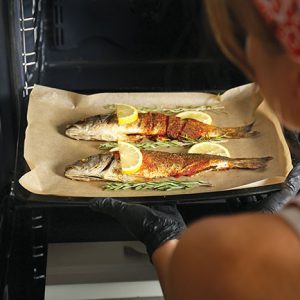 A partnership of 35 associations launched the ‘Eat Seafood, America’ campaign in April to get US consumers to eat more fish at home Photo: ©Pixel-Shot / Adobe Stock

That may change for good.
For example, Hoopers Island Oyster Co on Maryland’s Eastern shore traditionally has sold to wholesalers serving hotels and restaurants in Baltimore and Washington DC, as well as other cities in the Northeast and Southeast.

“We had planned to roll out a new direct-to-consumer sales effort in the fall, but when the coronavirus hit, we decided to speed up that initiative,” said managing partner Ricky Fitzhugh. The Chesapeake Bay grower began selling at local farmers’ markets and produce stores, which “moved nice quantities of oysters.” They trialed phone orders and online ordering, with parking-lot pickups around Maryland.

“It’s been extremely successful,” Fitzhugh said. “We plan to continue these activities year-round in addition to wholesale sales for restaurants and hotels when that market reopens.”

At the largest producer of farmed shellfish in the United States, Taylor Shellfish Farms, the volume of e-commerce sales are up nine times from last year, said Bill Dewey, director of public affairs. He acknowledged however that the growth in online sales don’t come close to making up for lost restaurant sales.

“That is for all our products collectively not just raw oysters and clams. That is partly due to the pandemic and more home consumption and partly due to a focused effort by the company over the past couple of years to build our e-commerce,” he said.

When food is grown close to where people live, that’s a benefit “not to be underestimated,” Hollander, the mussel farmer, noted. The pandemic accentuated that consumer sensitivity.

“I think that in the aftermath of the coronavirus, there will be increased skepticism not only about how people move freely between countries, but also about how products move,” Johan Andreassen, chief executive of Atlantic Sapphire, tells this publication. He has frequently linked the potential of his giant RAS operation in Florida to a belief that consumers want to buy local, even if it is from an indoor farm.

Looking to the future, Andreassen added, “Will it be as desirable to import a lot of seafood product that has gone for further processing in China? I don’t think so.”

A click away
With an eye toward traceability, John Ng built his steelhead trout farm in New York’s Hudson Valley with a strong brand association to the local farm-to-table community. In fact, many chefs have listed his RAS operation on their menus alongside fruit, vegetable, and cheese purveyors.

Like Fitzhugh, Ng had been thinking of adding a new distribution channel: e-commerce. Already established at New York area restaurants and with retailers like Fresh Direct, he had sourced no-Styrofoam packaging from a Canadian supplier and tested shipping options. “We shipped fish to ourselves to confirm quality,” he said.

The COVID-19 crisis moved the expansion to e-commerce into high gear.

Online ordering launched in May, along with an updated website. Initially, customers can choose among three different sizes of whole fillets. Later in the year, Ng plans to offer portion-size (four to size ounces) twin fillet packs.

“In this current time, it’s valuable to highlight local production with a crop that is isolated from the external environment. I see a bright future for us with online sales.”

He may be right. According to market research firm Mintel, 41 percent of US consumers say that they are shopping online more often than they were last year — and that was before the pandemic.

Frozen seafood: unsung hero
When consumers did go to supermarkets during the shutdown, trips were less frequent and better planned. In surgical masks and gloves, they ventured into aisles almost foreign to them: the unglamorous shelves of canned goods and uncomfortably frigid cases of frozen food.

Those traffic patterns were among the challenges for Love the Wild, Jacqueline Claudia’s pioneering line of frozen, farm-raised fish. Launched in 2014, it attracted investors like the actor and environmentalist Leonardo DiCaprio, but ceased retail operations April 1.

“Had we been in full distribution and firing on all cylinders, this really could have been our moment,” said Claudia.

Data suggest she can rightfully lay claim to starting a company “ahead of its time.” Between mid-March and April, US sales of canned and frozen seafood shot up 37 percent compared to a year earlier, according to IRI, a market research company that specializes in retail intelligence.

“People’s expectations for frozen — and frozen seafood in particular — are low,” Claudia said. But trying it at home during the pandemic could have begun to chip away at those preconceptions.

Blind taste tests have validated that eating is believing. In fact, Gabe Watkins of steelhead farm Riverence said that last year the James Beard Foundation brought together a group of around 75 people for such a tasting to compare flash-frozen and fresh fish. By a large majority, flash-frozen was preferred.

The James Beard Foundation explained why: “The advent of modern freezing methods allows for seafood to be frozen at its peak freshness, capturing its flavor, preserving its texture, and maintaining its high nutritive value.”

“At Riverence, we flash freeze within an hour of harvest,” Watkins said.

Like other farmers, Riverence was hit hard by the pandemic, resulting in a lay-off of 162 employees and a 25-percent pay cut for salaried staff. But the acquisitive, vertically integrated organization has invested in flash freezing technology and clearly believes in it.

“Frozen is where seafood is going to win or lose,” Jacqueline Claudia has predicted. “I really believe this when I look at people’s budget, especially going into a recession.”

Eat more fish
When wholesale markets closed, the situation to move inventory became so dire that collaboration ensued to get consumers to eat more fish at home.

For example, the Seafood Nutrition Partnership brought together 35 organizations to form the group called Seafood4Health Action Coalition and sponsor a 12-week social media campaign to encourage seafood consumption. Called “Eat Seafood, America,” the campaign encouraged consumers and the industry to post photos of seafood meals. (The health-oriented campaign would have pleased Aunt Sammy.)

Maine Aquaculture Association took another tack: a series of recipes and short instructional videos in a series called “Sea Farm to Table.” With each recipe, it included where to buy the local Atlantic salmon, mussels, oysters and kelp.

And some growers took on the challenge alone. During the pandemic, Hoopers Island turned to social media and its website to offer recipes like Oyster Rockefeller Dip and Oyster Pot Pie, comforting southern dishes for the home-bound.

“I believe that as people are introduced to oysters and the many ways they can be eaten and prepared, the more overall sales our industry will see in the future,” said the company’s managing partner.

But, as marketing gurus are quick to say, the job of building awareness and changing behavior is one that requires sustained effort. And companies alone may not have the resources to do that.

Reflecting on her experience with Love the Wild, founder Claudia said, “Look at the Pork Board, the Peanut Board, the Avocado Board. They’ve come together as an industry to do category-level marketing. That wasn’t work that, as a tiny start-up, we could do ourselves for everybody. The industry needs to start acting together because the world needs us to.”

And that kind of collaboration, along with other recent innovations, may persist long after the time of coronavirus.