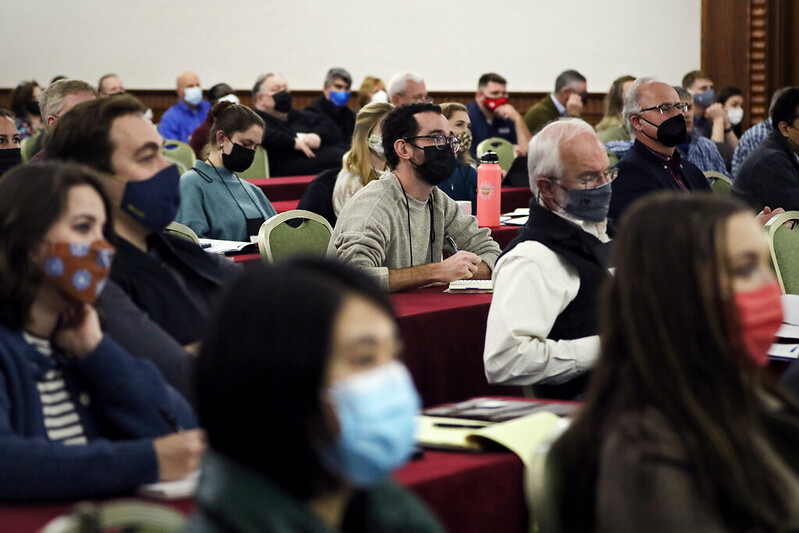 Conference organizer, the Virginia Institute of Marine Science (VIMS), started planning the event in July 2021 “when things were looking more positive regarding COVID.” It decided to stick with the plan to meet in person, confident that adherence to protection protocols of the Center for Disease Control will keep the attendees safe.

“The trade show and the in-person networking opportunities it provides with industry are vital to the success of the conference,” said Karen Hudson, shellfish aquaculture specialist at VIMS and lead organizer. “Our attendees are taking time out from running their businesses to be here, so it is important that the time spent networking provides good value to both them and the exhibitors.”

As expected, the event saw a decline in attendance (36 percent) with only 140 making it to the event, compared to the 220 that attended the previous edition held in November 2019.

Attendees were mainly from the Chesapeake Bay region and Virginia’s Eastern Shore, but there were a few finfish growers from the central and western regions of the state, the organizer noted.

“We had several from Maryland, our neighbour state to the north, as well as a couple from Florida and an aquaponics producer from New Mexico. Our farthest-travelling exhibitor came all the way from Australia, the CEO of conference sponsor Smart Oysters,” said Hudson.

But while omicron has cast a shadow over attendee numbers, Hudson said the mood was “definitely upbeat.”

“People gathered at tables in the trade show area to talk with each other and visited with exhibitors. Most wore masks (masks were recommended for all attendees, regardless of vaccination status) throughout the conference (unless eating or drinking) and while some people still shook hands, there was also a good amount of elbow bumping to be seen in place of a handshake.

“Honestly, except for the masks and the lighter attendance it didn’t feel any different. The breaks were noisy with conversations, people were moving about through the trade show and the session rooms – connections were made and ideas were generated.” 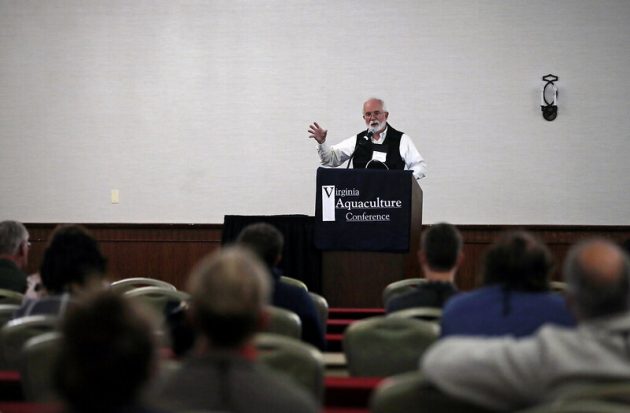 The conference had the executive director of the National Aquaculture Association (NAA), Paul Zajicek, as keynote speaker.

Zajicek urged seafood farmers to engage with policymakers to help them better understand the industry’s importance and help them design policies and regulations that make sense to farmers.

He said no one else could express their own concerns more clearly and more compellingly than farmers themselves, thus he encouraged farmers to reach out to lawmakers as well as participate in activities that would give lawmakers an intimate understanding of issues.

Don’t be a wallflower

Zajicek lamented that aquaculture is under-represented in the Census of Agriculture, a survey conducted every five years by the US Department of Agriculture (USDA).

Insufficient participation in the Census among seafood farmers has painted an inaccurate picture of the size of the industry, he said.

He said this is “very damaging” to the sector because the Census is influential in shaping the future of the nation’s agriculture regime. “When we argue about increasing research dollars or increasing aquatic animal health services, or maybe we’re getting drowned and regulations, the trend of the overall report has been flat for the last five years; no growth in US agriculture other than inflation.”

He theorizes that farmers are holding back because of their concerns about giving up financial information to the government. He assured them that the census does not identify individual farms and there are criminal penalties if individual farming data are shared. (Data collection for the 2022 Census of Agriculture begins in November 2022.)

Zajicek also said that while industry associations are there to represent their members – there are slightly over 30 national, regional, state and species aquaculture associations in the US, he said – farmers could also reach out to their own House representatives to help build awareness of their issues.

“Call your house office introduce yourself, talk about yourself, invite them, the staff to your farm. They will be fascinated. They’ll be excited and you get them out there. Talk about some of your issues,” he said.

The next edition of the biennial Virginia Aquaculture Conference will be held in November 2023. 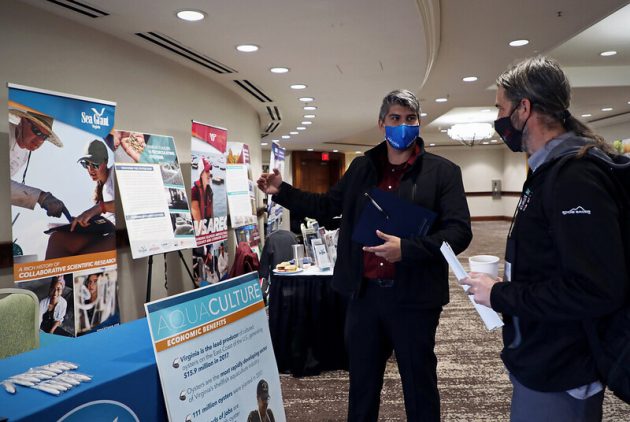 Masks were recommended for all attendees, regardless of vaccination status, throughout the conference. (Photo: Aileen Devlin/Virginia Sea Grant)