The world's first semi-submersible offshore fish farm is expected to enter pilot operational phase this month with the planned arrival of the first batch of fish for rearing in the ocean farm. 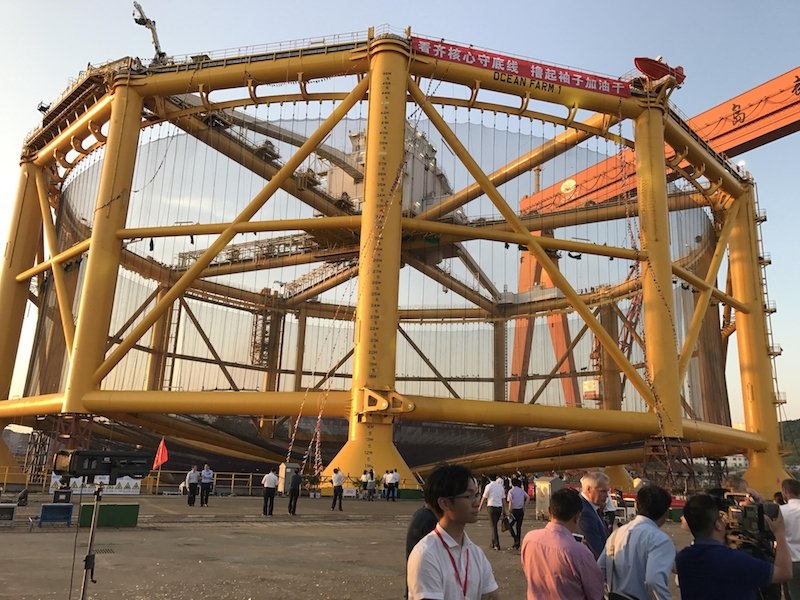 “On 28 February 2016, SalMar was awarded the first eight aquaculture development licences for Ocean Farming AS’s offshore fish farm concept. Construction of a full-scale pilot facility and the advanced equipment it requires has now been completed on time and within budget in China,” said SalMar.

The Ocean Farm 1 is a 360-foot-wide structure designed to accommodate water for farming 1.5 million fish while maintaining a death rate of less than 2 percent. It has a 25-year lifespan, can resist powerful typhoons, and requires only three to seven employees to operate. It is  positioned in Frohavet, off the coast of Trøndelag, Norway.

As a full-scale pilot facility, Ocean Farm 1’s objective is to spur new technology concepts that can ensure sufficient growth whilst also ensuring environmental sustainability, said SalMar, adding that the “project could represent a new era in sustainable seafood production and is potentially adaptable worldwide.”