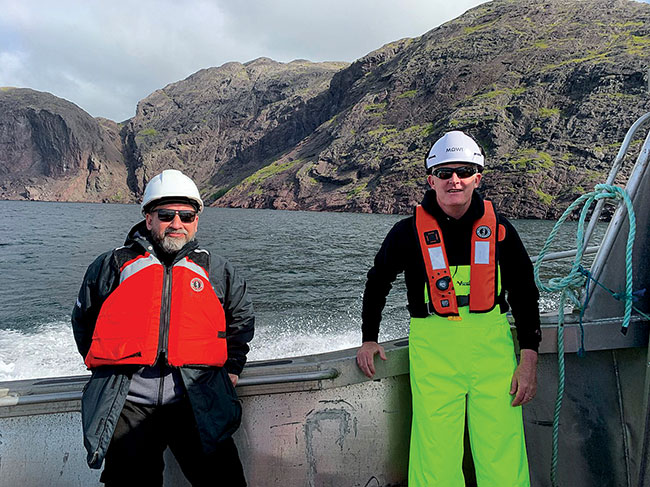 Salmon farming exec Alan Cook returns to Canada from New Zealand to lead Mowi’s next chapter in Atlantic Canada. He started his aquaculture career with Mowi in BC in 1998 Photo: Alan Cook

Mowi has restructured its business in Atlantic Canada after a rough start in the territory it considers the “ideal launch pad” into two of the world’s best salmon markets: eastern Canada and the northeastern United States.

Mowi ASA of Norway entered the region in 2017 with the acquisition of Gray Aqua Group and Northern Harvest, two family-owned concerns with fish farming licenses in Newfoundland and New Brunswick. But its first year of operations as Mowi Canada East was tainted by a climate-induced massive mortality event in 2019 that led to a reckoning of how such events are reported by industry to government and a reinforcement of the company’s mitigation measures in cases of extreme weather.

With the appointment of industry veteran Alan Cook as managing director in October 2020, the company entered a phase of self-reflection and restructuring in order to get it back on a growth path.

Mowi Americas COO Fernando Villaroel, in a presentation to investors in March, acknowledged that the initial development plan for the eastern Canada unit was “too ambitious in terms of growth pace.” He said the execution of the plan has now been changed to take into consideration the unique challenges in salmon farming in the region, particularly in Newfoundland.

An intervention
Cook’s first step in transforming the unit was to make a detailed assessment of the operation’s systems and structures.

“The company went through a phase of really rapid development in 2018, 19 and 20. And anytime you have a major issue in salmon farming like the company had in 2019, it takes years for those sorts of repercussions to roll through the system.

“The emphasis since I joined in September has really been to sort of slow down and consolidate those changes and get ourselves into position where we have a stable operating system that everybody understands, and that we have solid performance around everything: feeding, harvesting, processing, freshwater,” says Cook.

He says most of the effort has been to pay attention to cost of production and biological performance, including Infectious salmon anaemia virus (ISAv), which according to Villaroel has caused the unit to fall behind growth targets. The COO, who is also the managing director of Mowi Chile, is confident that a “recipe” to battle ISAv already exists and will be implemented to help manage the issue.

Sea lice, however, still remains the most critical biological challenge for the business unit. Cook says this summer of 2021 is the first time that the company has the full complement of sea lice control systems in place.

“We have a thermolicer and two hydrolicers, and we’re trialling freshwater lice treatments. This summer is a great opportunity for us to demonstrate effective sea lice control. Historically, pre-Mowi, the company would have relied on in-feed therapeutics. So these mechanical sea lice removal systems are pretty new to a lot of our teams and to Newfoundland. So we’re really focused this year on making those systems work well.”

To further set the stage for growth, Cook also had to restructure the New Brunswick operations. “We’ve changed the way we’re processing fish on the east coast and that has resulted in some reduction in workforce in New Brunswick. We’ve made a decision to process and ship directly from Newfoundland and we’ve contracted out our harvest volumes in New Brunswick,” he says.

Significant opportunities
Mowi Canada East operates 40 licenses in Atlantic Canada, of which 29 are in Newfoundland, while the rest are in New Brunswick and Prince Edward Island. According to Villaroel, the strategy this year is to reach a stable production of 25,000 tons per year.

In its 2020 Annual Report, the parent company underscored the exceptional opportunity for growth in the region. “Mowi has many unused licenses (in eastern Canada) and there is a significant potential for growth in the coming years.”

In Newfoundland, the additional production capacity will come both from existing facilities and new farms being planned to open over the next few years, says Cook.

“We’re putting in two new farms next year and then one each in the following year: so in 2022 we’ll put in two farms, in 2023 another farm and in 2024, we’ll put in another farm. We’re growing in southern Newfoundland. We’re investing in growing there. And then we have in our traditional sites where we have quite a number of farms that we can put to use as well. So there is good opportunity to significantly increase our production in Newfoundland.”

That’s how it’s supposed to work, but keeping goals and targets on track in Newfoundland’s very challenging natural environment is not, by any measure, an easy task, suggests Cook, who sharpened his expertise in salmon farming jurisdictions like Chile, New Zealand and British Columbia. 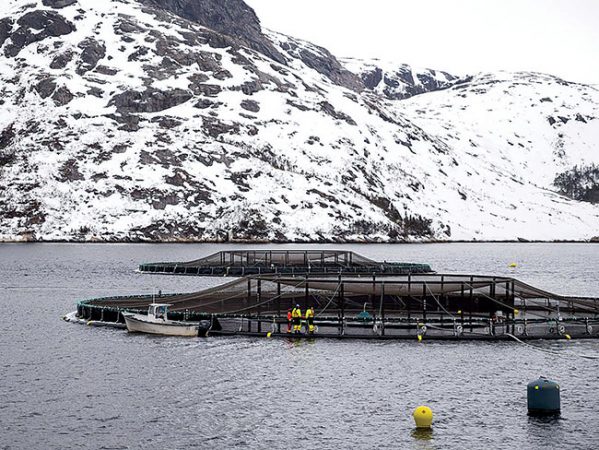 Mowi’s ‘ambitious’ growth strategy for its eastern Canada unit was revised recently to make allowances for the unique challenges in salmon farming in the region, particularly in Newfoundland. Photo: Mowi

A whole new ball game
He says extreme temperatures make faming in Newfoundland a whole new ball game. “You cannot just waltz in and think that everything you knew about farming salmon in another place is going to serve you well in Newfoundland. If you look at Chile for example, in most of the farming areas of Chile the temperature goes between 8°C in the winter to a high of 14°C in the summer, which is a perfect range for salmon.

“Newfoundland has a very cold long winter and a very warm short summer. We have months where the water can be between 0°C and 1°C and then months in the summer when it can be 17-18°C.

“You can only put smolts in the water for a couple of months. All your sea lice treatment activities are consolidated to six months a year. The other six months of the year, that equipment is doing nothing and costing you money. Through the winter, the logistics of harvesting and processing and transporting fish to market become extremely challenging because of ferry linkages, roads, winter weather etc. It’s very remote, the climate is intense. It requires a different approach, a different skill set to most other places that I’ve farmed.

Notwithstanding these challenges, Mowi remains committed to growing the aquaculture industry in Newfoundland, which COO Villaroel singled out as “one of the few farming regions with a significant potential for growth.”

A compelling reason is proximity to the northeast region of North America, home to 80 million people.  “We’re positioned next to one of the best salmon markets in the world: eastern Canada and the northeastern US. Come to think of it, Norwegians and Scottish producers fly salmon into the US. So we have an enormous transportation advantage compared to them. We’re only two-days transport from most of those customers and they’re willing to pay a premium for fresh farmed salmon,” says Cook.

He acknowledged the provincial government, which is the primary regulator for the industry in Newfoundland, is very supportive in developing a very strong salmon farming community.  “We’re in one of the few regions in the world that’s really embracing salmon aquaculture as significant opportunity for growth,” he says.

“Growth in the salmon farming world is hard to come by and we have a fairly rare opportunity to make the most of it once we’ve demonstrated stable biological results.  Then the appetite for growth in Newfoundland will really open up.”