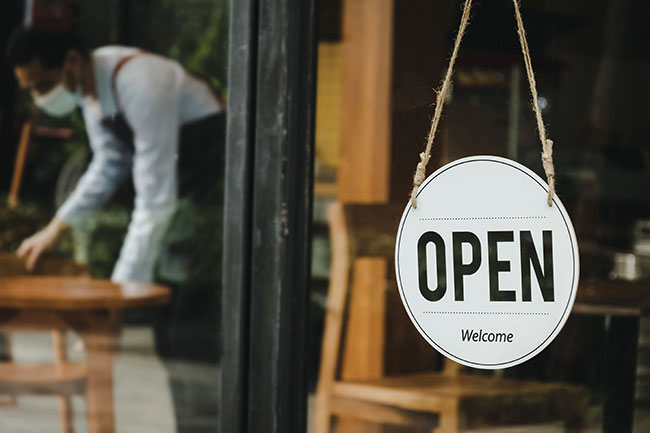 Arguably the hardest hit among seafood farmers during the onset of the COVID-19 pandemic, oyster growers are well on their way to recovery,  as are finfish farmers, but a shortage of skilled workers could potentially slow the pace of growth of the entire industry.

“Virtually every product category is running at a full capacity as we work to sustain with our smaller crews. Like so many businesses, we are having a real challenge with staffing,” says Bill Dewey, director of public affairs at Washington State-based Taylor Shellfish Farms, the largest producer of farmed shellfish in the United States.

He says farm operations made do with smaller crews, making the company’s record harvests of 400,000 lbs of clams per month from March through June even more notable.

While recognizing the staff’s tremendous work, Dewey also acknowledged such record volume would not have been achieved were it not for mechanized harvest.  “Taylor’s have built a few harvesting machines over the past decade and they have allowed for very efficient harvest,” he says.

Gains – as well as losses – were made at the company’s downstream operations. At two of its four oyster bars in Washington State, revenues are back to pre-COVID levels despite a number of pandemic-related mandates by Governor Inslee, which restricted seating capacity to 50 percent, he says.

But staff shortage has forced the company to put on hold the reopening of its oyster bar located across the street from the touristy Seattle Center and the Space Needle in Seattle.  He says another oyster bar, located in Bellevue, WA, will shut down permanently.

Dewey is nonetheless optimistic about the rest of the year, noting that Americans are eating more seafood at home as an offshoot of the shutdown of restaurants.

“It has been a challenging year, but, like a phoenix rising, our company operations are beginning to shine again. Over the past three months, we have seen our production and sales volumes achieve similar levels as 2016 and 2017, our peak revenue years,” he says.

“We haven’t been able to find rehires,” says Bates, who was forced her to let go of her three workers in March 2020.

The small business, located in a remote part of Alaska, saw sales “skyrocket” during unprecedented heat wave this past summer along the pacific – from British Columbia to Baja – that prompted the closures of farms in those areas.

“The heat waves have been causing major disruption making everyone need oysters from us. We can’t keep up. Restaurant sales are up for us in a big way due to oyster shortages and climate-related closures. It was the first time we have had to turn down customers in our career,” she says.

“It seems like climate disruption, increasing temperatures, will be a main driver for our sales in the future (summer months) with warm water issues shutting so many growers,” she adds.

With sales to restaurants reviving, Bates says she and her husband have stopped online retail sales but they are maintaining a self-serve farm stand. 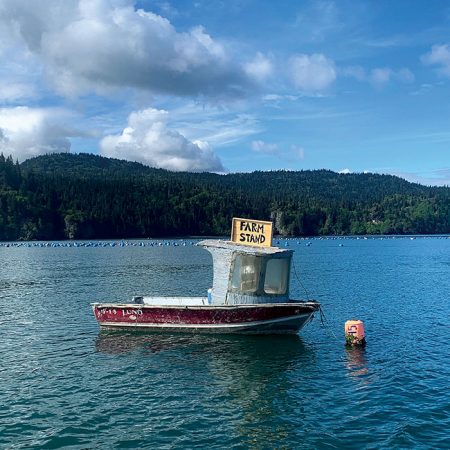 Self-serve oyster outlet of Alaska Shellfish Farms in Halibut Cove, AK. The farm has maintained the outlet but has ended online sales now that restaurant orders are back
Photo: Weatherly Bates

The shortage of skilled manpower is a reality seen elsewhere in the country. The general manager of WA-based Troutlodge noted the economic pressures caused by staff shortages.

“Not only is it hard to source labour at the moment, but our hiring costs per head have jumped considerably. There are no takers at the minimum wage set by Washington state or the City of Tacoma,” says Keith Drynan, who is also the VP of the Northwest Aquaculture Alliance (NWAA).

“On top of it being hard to recruit, we have had to continue with the precedent of ‘Hero pay’ where we have been paying crew members extra to recognize their hard work when we are short of a labour resource as well as to stop them leaving to draw extra unemployment benefits.”

“We’re competing with the government in terms of trying to get people back to work –  from the Cares Act and the Coronavirus Response Act – people saw a lot of unemployment benefits distributed federally and by the states.

Across the border, the employment insurance system was also blamed in the Canadian province of New Brunswick, when only one of dozens of seafood processing workers laid off by Mowi took the job offers for similar roles at Cooke Aquaculture’s processing plant next door.  Mowi let go about 40 workers in March 2020 as part of the restructuring of the operations of Mowi Canada East in the region (see cover story, next page).

“I think there is a sentiment across New Brunswick, not just in our operation but from other manufacturing and processing operations, that some of those benefits may be keeping people out of the workforce,” Joel Richardson, Cooke Aquaculture Pacific’s VP of Public Relations, was quoted as saying by CBC News.

A New Brunswick hatchery meanwhile was grateful for the federal government’s wage subsidy program which it says was “really critical” in helping support employees during the pandemic.

“We managed to avoid any layoffs or reduction in hours/wages despite a massive decline in sales, and everyone is really grateful that we didn’t have to make those sorts of decisions on top of all of the others stresses brought on by the pandemic,” says Martin Mallet, hatchery manager.

He says it was crucial that seed production at L’Étang Ruisseau Bar continued because it supplies 90 percent of the hatchery business in the province. “Due to our long growing cycle (three to five years), cutting back on seed would have long-term repercussions on farm productivity, and growers were well aware of this,” says Mallet.

Around the country, the entire restaurant industry has reported struggles in rebuilding the workforce. With seafood eaten mostly in restaurant settings, the scramble to find workers could have ripple effect in the long term on seafood farmers. This puts job seekers in the driver’s seat, acknowledged Stanley Kwok, assistant general manager at seafood distributor Blundell Seafood in British Columbia.

“I think people’s mentality has changed,” he observes. “Some people are still collecting unemployment benefits, and alternatively, some people like the younger generation are willing to change to a different job just for a dollar more.”