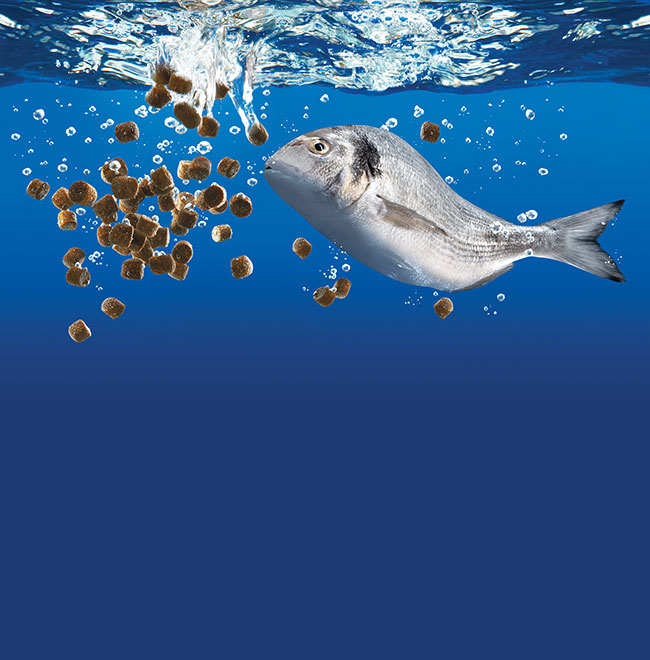 Feed companies have made progress in developing feed formulations that reduce the need to harvest fish from the ocean. New feed ingredients include insects, microalgae, and so-called “single cell proteins” (SCPs), which include both yeast and bacteria grown from inexpensive feedstocks and industrial waste.

But it is easier to claim sustainability on environmental metrics than to prove it.

To meet this need, life cycle assessments (LCAs) have emerged as an increasingly popular accounting tool because they conform to a standardized methodology to measure a product’s environmental impact. Still, during the last few years, only a handful of LCAs related to aquaculture feed have been produced.

One of these, “Environmental Benefits of Novel Nonhuman Food Inputs to Salmon Feeds,” has made an important contribution to understanding progress, as well as the complexities, of aquafeed composition.

The study looked at soy protein concentrate because it is a widely used fishmeal substitute, and because its use diverts this resource “away from direct human consumption and creates new environmental challenges.” The study compared soy protein against two novel SCPs: bacteria and yeast.

The researchers from the University of California, Santa Barbara and the Norwegian University of Life Sciences evaluated each of the three “from cradle-to-factory-gate” on seven indicators of environmental harm:

First, researchers compared meals representing 660 grams of protein each. For this study, the bacteria meal was created by feeding the microorganisms with fossil methane (plus a chemical input), then harvesting, condensing, and heat-drying them. For the yeast protein concentrate, yeast cells were fed a wheat byproduct from biofuels production, then it was similarly manufactured.

The relative trends remained fairly constant, according to the study, but benefits of the novel ingredients were “dampened” by high impacts from the other ingredients, particularly fishmeal and oil.

That is not to say that the study, in the end, threw cold water on the realistic prospects of novel ingredients. On the contrary, it concluded that “these novel single cell protein meals are both strong alternatives to soy protein concentrate in salmon feeds, and improvements in these technologies could help make them even more beneficial.”

Future work is promising, especially as the biotech start-ups specializing in SCP production form joint ventures with both ingredients companies and energy producers.

For example, Delaware-based White Dog Labs touts a deal with Cargill for its product produced by fermentation with corn feedstock. Another SCP leader, Calysta, has partnered with British Petroleum, which will supply power and gas to Caylsta’s feed protein plants.

Says Dr Joshua Haslun of Lux Research, who has studied the aquafeed ingredients landscape since 2015: “A company has all of this waste – what are they going to do with it? Is it better to produce something of extremely high value or get rid of it in the traditional way?”