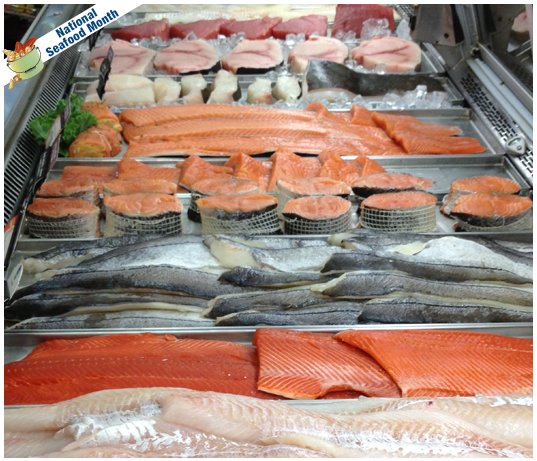 With the start of a new year, the members of the National Oceanic and Atmospheric Administration (NOAA)’s Office of Aquaculture took the opportunity to reflect upon the industry’s accomplishments.

Chief among them – an annual growth rate of eight per cent for US marine aquaculture. Deputy Director David O’Brien says that this growth is the result of ten years of continuous collaborative efforts with their partners since NOAA consolidated its aquaculture efforts under one office.

With multiple agencies involved in permitting aquaculture at the state and federal levels, the rules can get quite complicated. O’Brien says that NOAA has worked with those agencies collaboratively to determine opportunities to provide an easier path forward for existing or would-be fish farmers.

“Collectively, we’ve been really trying to move the ball forward for aquaculture,” says O’Brien. “Helping the industry develop ways to be more sustainable, both economically and ecologically and trying to find those barriers that make permitting aquaculture operations more difficult than it needs to be. It’s not just us, but the US Department of Agriculture and other federal agencies, the industry itself, environmental groups. We all have a role to play in what is becoming a wave of acceptance and embracing of marine aquaculture as a necessary part of the solution to grow more seafood.”

One key success story O’Brien points to is the recent permitting of the first two off-shore mussel farms in New England. These projects came together through NOAA funding, work with NOAA’s regional reps and collaborations with Salem State University and Woods Hole Oceanographic Institution, and with fishermen who developed the pilot projects. “It’s been a very positive collaboration to get these off the ground,” says O’Brien. “They’re hoping to put lines in the water shortly.”

Even with these and other successes, misinformation in the media regarding aquaculture operations is still a major barrier that keeps the permitting process difficult to navigate. While the industry has evolved and learned better management, O’Brien says, aquaculture is often still judged by the sins of the past.  NOAA’s efforts at providing industry information, and the efforts of their partner organizations, are beginning to pay off.

“There were a lot of mistakes made in the early days of marine aquaculture, 30 years ago or so,” says O’Brien. “With the benefit of hindsight, we can look back and see, for example, the Maine aquaculture industry probably did use too much in the way of antibiotics, there was too much feed put in, there were disease issues. There was a whole host of negative press, which was largely for good reason. But we’ve learned a lot in the past 30 years, both on the industry side and the regulatory side, about how to do aquaculture more sustainably.”

“We’ve been working on messaging for ten years now, about what the science actually says and where we are on certain issues,” says O’Brien. “But over the past year or so, you can see a difference in the types of articles that we see in the press. In just the past year, we’ve seen articles in National Geographic and the New York Times, talking about aquaculture in a much more balanced light than you would see a couple of years ago. There’s been a change in the public perception of aquaculture which has been long overdue.”

“20 years ago, there was the fishing culture and the aquaculture culture, so to speak,” says O’Brien. “Those two cultures, frankly, sometimes clashed. Now, there are a lot of fishermen from fishing families that are at least trying aquaculture in addition to their fishing practices. Or their kids are looking more at farming as an option. They can still use their boats and their knowledge of the water and work the same docks – there are a lot of similarities there.”

But all of NOAA’s efforts will continue in the coming year. Efforts which, O’Brien says, will make aquaculture a major component in growing the nation’s seafood supply. “There’s three main parts to that. One is to continue to improve our fisheries management.  The second is improving our habitats and restoring those habitats for spawning fish, amongst other things. The third piece is sustainable aquaculture. With all three of those, we can diversify our nation’s seafood in a sustainable way and create jobs in the process.”

Caption: NOAA works to counter misinformation, both with efforts to engage with social media and also in improving the information on www.fishwatch.gov website, which provides facts on the entire US seafood industry and products. Provided courtesy of NOAA.

Caption: NOAA works to counter misinformation, both with efforts to engage with social media and also in improving the information on www.fishwatch.gov website, which provides facts on the entire US seafood industry and products. Provided courtesy of NOAA.