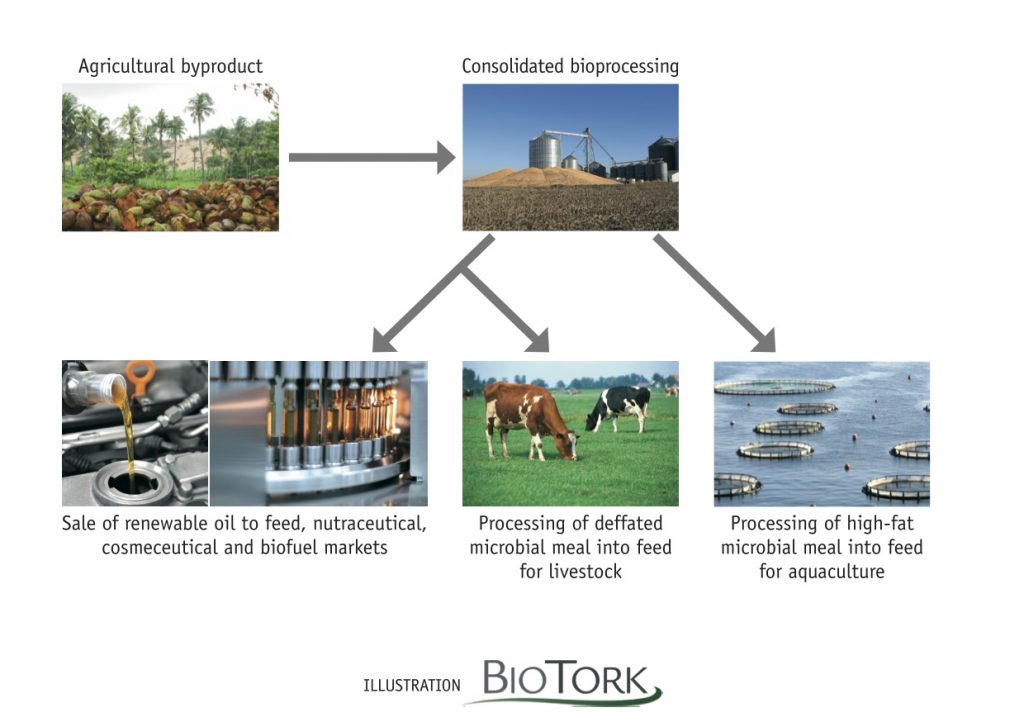 The BioTork biotechnology company of Gainesville, Florida, is building a demonstration plant in Hawaii to use ultra-cheap agro-waste, such as papaya discards, as components in valuable biofuels and feed ingredients for growing fish.

The Hawaiian government recently awarded the company $1.6 million to the zero-waste conversion project as a step towards eventual commercial-scale production. “Our investment promotes further use of agricultural crops to provide clean energy and leads us on a more definitive path towards food sustainability,” said Gov. Abercrombie. “We need to focus on projects like this as Hawaii emerges as a global leader for biofuel and feed research and development.”

The close relationship between BioTork and Hawaii dates back to 2010, with the launch of BioTork’s first bioconversion research efforts in the island state. Since then, the company has developed what it terms “a proprietary evolutionary approach” to enhancing the performance of various strains of microbes and focusing on generating high-nutrition proteins and oils for fish feeds in a highly-competitive and cost-efficient manner.