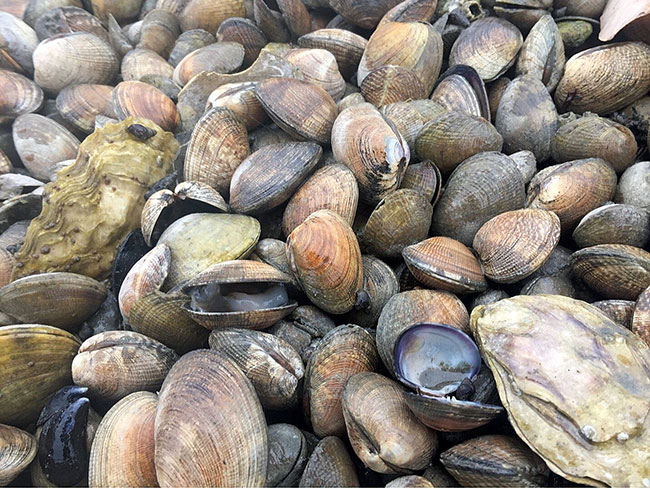 Previously under the radar, an algae species will now be monitored so shellfish farmers are forewarned of its presence Photo: Teri King et al, Harmful Algae, 2021

Back in the summers of 2018 and 2019, the shellfish industry in Washington State was rocked by mass mortalities of their crops. “It was oysters, clams, cockles — all bivalve species in some bays were impacted,” says Teri King, aquaculture and marine water quality specialist at Washington Sea Grant. “They were dying, and nobody knew why.”

King and research partners have now discovered that an algae species called yessotoxin is the culprit.

The algae species, which is produced by blooms of certain phytoplankton, was previously not monitored because it is not a threat to human health.

The discovery that it is the cause of shellfish mass mortalities has significant implications for shellfish growers in the region. It will now be added to a real-time phytoplankton monitoring program so shellfish producers and natural resource managers can make informed decisions, such as harvesting their product early, or strategizing to save as much crop as possible.

“We are working towards being able to help growers count the cells of yessotoxin-producing organisms in the water and correlate it to an action level,” says King.