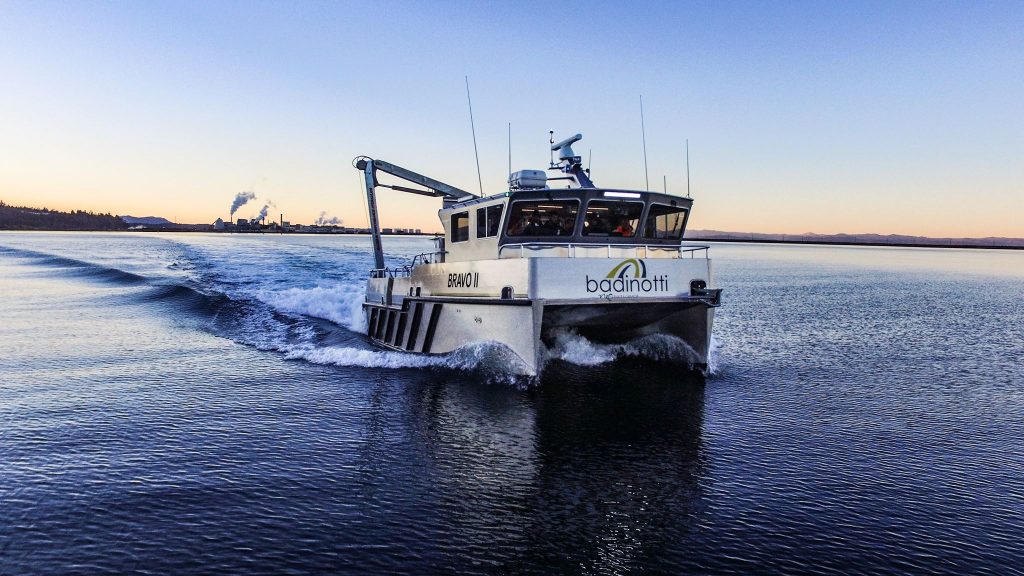 Badinotti Net Services Canada has launched a new boat that it says will enhance its on-site net-washing services in fish farms.

According to Badinotti, the Bravo II vessel is the result of two years of research and planning based on Badinotti Net Services’ roughly three years of experience with on-site washing operations. Armstrong Marine built the vessel.

“We were looking to custom build a boat for on-site washing that would maximize the efficiencies for the machinery, equipment and crews. We selected a Catamaran design to create a stable safe working platform for the crews and machinery including a crane, as most of the hours of operation occur at the farm sites as opposed to travelling between or to sites,” said the company.

Since 2011, fish farming operations in BC have been moving away from using antifouling copper-based paints as a protective agent for nets.

This change in operation protocols and environmental regulations has opened up market opportunities to serve the needs of fish farmers. While some farm companies are washing their own nets in-house, Badinotti believes there is a need for its services, thus it opened an On Site Net Washing department over three years ago.