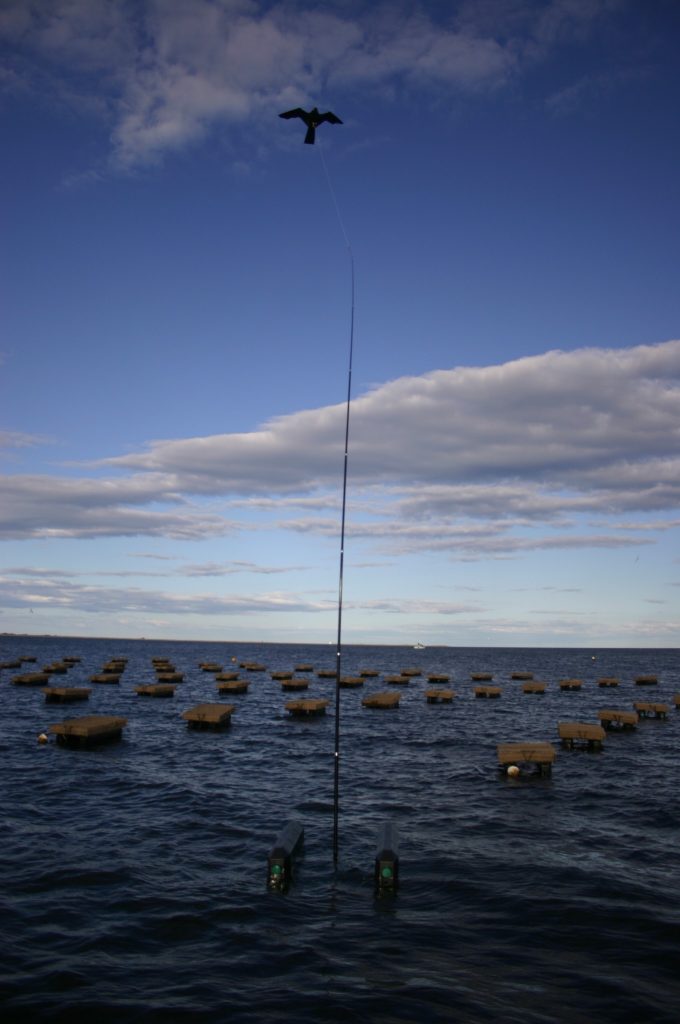 downsides experienced in the use of other technologies aimed at scaring birds away, according to the manufacturer, the BBI Group.

“The kite-inspired system was developed in response to a number of customer requests for a solution for their seabird site issues,” said Steen Gunderson, OysterGro vice-president. “Over several months we evaluated a number of existing bird-scaring products and techniques, which included air canons, predator calls, spiked landing areas and even drone technology. They all worked to a point but had major drawbacks, such as noise nuisance to the local community, cost, and not being robust enough for the environment in which the where utilized.”

He said the company set out to find a cost-effective, noise-free, rugged system that was relatively simple but effective. “This brought us to review kite technology. We evaluated successful products in the agricultural sector and engineered a stable durable system that could stand up to the varied harsh coastal environments for our customers at their aquaculture farming sites,” Gunderson said.

The company launched the BirdAway system in the summer of 2016. “We put the BirdAway through its paces on a number of sites across Atlantic Canada and we are happy to report that our clients have seen a drastic reduction in bird activity on each of the trial sites,” he added.

The system works 24/7, is self-launching, and will function in wind conditions as low as 1.5 mph. The full system price, which includes the floating platform, is $495.