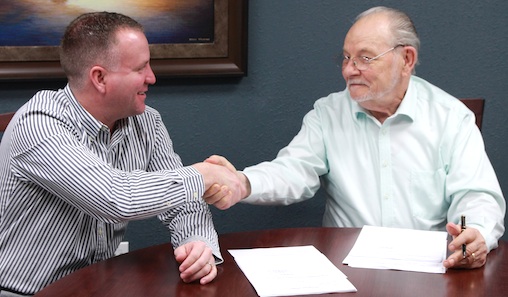 Amidst a series of recent technology and research developments, the shrimp farming sector in the United States continues to show signs of growth as demand for the decapods in the country continues.

Of all the shrimp consumed in the US, only 12 percent is produced domestically, leading entrepreneurs, researchers, and technology developers to come up with new solutions and facilities for farming shrimp on land.

Texas A&M University has licensed its patent for a super-intensive raceway system for shrimp production to the Minnesota-based agriculture company Ralco, which announced the agreement earlier this year.

The new raceway system, developed by shrimp expert, Dr. Addison Lawrence, can produce 1,000,000 lbs of shrimp per acre of water annually, according to the company.

In March, Ralco Aquaculture went out and hired the designer and expert of the new intensive raceway system Dr.  Lawrence himself.

Dr. Lawrence recently retired from Texas A&M University after 36 years as a Regent Fellow, Senior Faculty Fellow, and was lead scientist in charge of the University’s AgriLife Research Program.

“The way this is going to work is that we’ve licensed the technology and Dr. Lawrence will help guide us in the commercialization of the raceway system,” the Ralco General Manager, Michael Ziebell, told Aquaculture North America in a phone interview. “In turn, we plan to market the technology integrated with the rest of our shrimp farming package to investors and farmers looking for a state-of-the-art shrimp farm. It will be a turnkey solution with facilities, nutrition and health services as well as technology for the shrimp farm sector.”

Ziebell said the shrimp farm package is the company’s first offering in the aquaculture industry and follows their core mission to enhance the global food production industry.

“We are an animal health and nutrition company,” he explained. “One of the reasons Dr. Lawrence licensed the raceway technology to us was because we have developed the shrimp nutrition products as well. I believe when this package is on the market it will be a quantum leap for the industry.”

Dr. Lawrence will guide Ralco to mirror and enhance the technology developed at the Mariculture Laboratory for Shrimp Research at Texas A&M University in Port Aransas, Texas. In addition, he will also direct a new, state-of-the-art research facility and pilot demonstration plant being constructed at the Ralco Technology Campus in Balaton, Minnesota.

“The position I have taken with Ralco Aquaculture gives me the opportunity of realizing my lifelong dream to make shrimp as universal as chicken in the everyday diet,” said Dr. Lawrence at the announcement “Shrimp will soon be a new source of affordable and abundant protein.”

Along with the shrimp farming technology component, Ralco will include shrimp health and nutrition services as well. Currently the only related offerings the company has is some nutritional additives in shrimp feed.

With the new raceway system, they will be able to “grow shrimp in a confined environment, with a greater ability to control disease and provide a predictable supply of fresh shrimp. There is nothing better than to be able to change the rules in an industry.”

The company will provide commercial shrimp producers with specifications for land-based production facilities. It will provide the shrimp larvae and the feed for the shrimp. It will also process and market the shrimp to the American supermarket industry and the worldwide food service industry, Ziebell explained.

But first, the company needs to complete the construction of a shrimp research center in Minnesota, where they hope to demonstrate the new commercial version of the raceway system to interested buyers and also show how it integrates into their complete shrimp farming package.

Construction of the research center is expected to be completed by July and the commercial raceway system offered by the end of the year.

“Shrimp harvesting of the oceans has reached its limit,” Ziebell said during the Ralco announcement. “Shrimp ponds are currently struggling with disease and the oceans are rising which is silting in existing shrimp ponds and the cost of transporting shrimp a third of the way around the world is extremely high. The super-intensive raceway system provides us with great competitive advantage. We will be able to grow shrimp in a confined environment, with a greater ability to control disease and provide a predictable supply of fresh shrimp. There is nothing better than to be able to change the rules in an industry.”