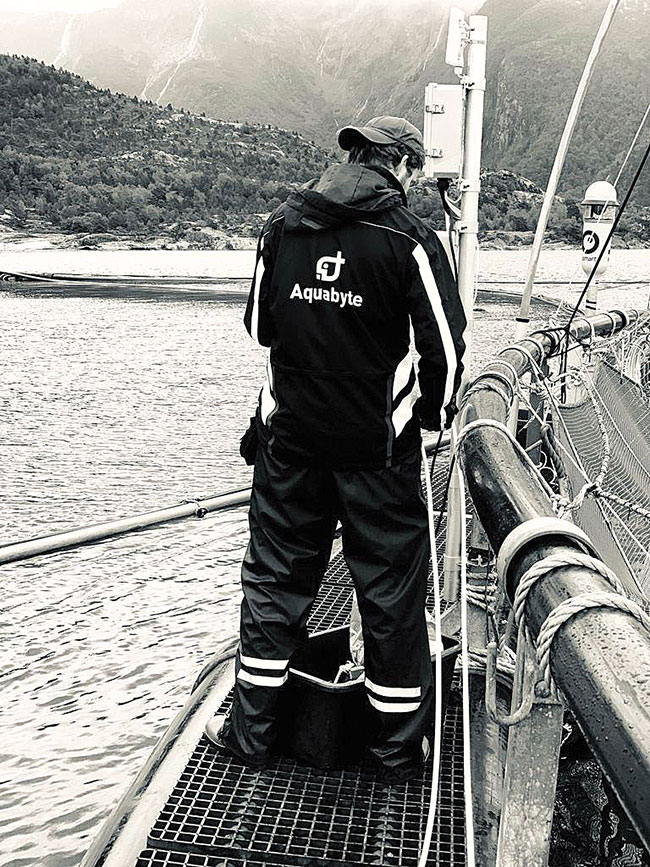 Aquabyte staff about to deploy the Aquabyte system in a pen in Norway, where the company conducted its field trials Credit: Aquabyte

“We’re one of the first companies taking the Silicon Valley approach to applying computer vision and machine learning to fish farms,” says Bryton Shang, founder and CEO of Aquabyte.

“What we do is we partner with camera manufacturers and develop software that analyzes images that come from the fish pens. From those images were able to do things such as determine the weight of the fish or the number of sea lice.”

The technology further helps farmers understand the size distribution in the pen and use that information to better help grow the fish.

“We’ve also developed technology that can uniquely identify fish via the spot patterns as well as other things in the pen that affect fish growth, such as the appetite of the fish, how many of the pellets they’re eating, or wounds on the fish, and we’re using this data to allow farmers to better optimize their farm,” says Shang.

Aquabyte’s software is used alongside existing technology, in this case, an underwater 3D camera. What customers get is a dashboard where they can see the size distribution and sea lice counts. It is similar to reports that the farmer would normally be generating by hand. 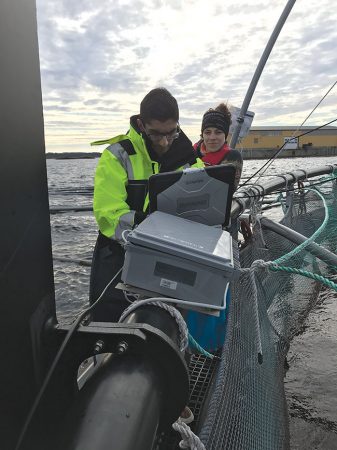 “So in terms of being able to time sea lice treatments, being able to regulate how much feed the fish needs, at what times during the day, as well as how much they have available in the future to sell, we’re doing this largely using deep learning and computer vision algorithms that were developed in Silicon Valley,” he says.

Aquabyte anticipates that more-efficient feeding over a fish’s lifetime could result in potentially tens of billions of dollars saved in feed costs.

The company has its roots in San Francisco, CA but a significant part of its team is in Bergen, Norway, where focus is on the salmon and trout industry there.