A Baltimore, Maryland startup has come up with a novel way of battling Viral Nervous Necrosis (VNN), a disease that affects over 40 aquaculture species worldwide.

Dr Ken Malone, CEO of startup VakSea Inc, says the aquaculture industry’s big problem has not been the absence of effective vaccine, rather, it is in the way those vaccines are delivered.

“Current methods of delivering vaccines to fish involves injecting fish with vaccine one by one, which is expensive, labor intensive, and stressful to the fish,” says Malone.

VakSea grows the vaccine inside insect larvae, grinds up the larvae, mixes it into fish feed, then feeds it directly to the fish. When the fish eat the feed, they become immune to the disease.

The startup’s proprietary vaccine technology was developed at the University of Maryland Baltimore County (UMBC) in the lab of Dr Vik Vakharia beginning in 2014. VakSea filed a provisional patent application in 2016. It is now developing a pellet-based vaccine aimed at protecting European seabass juveniles from VNN and hopes to get it to market over the next 12 to 18 months.

Malone is confident of the potential of Vaksea’s proprietary vaccine technology with other species. “We’ve proven it out on the nervous necrosis virus and we know it’s going to work on a large number of species and a large number of other diseases,” he says. 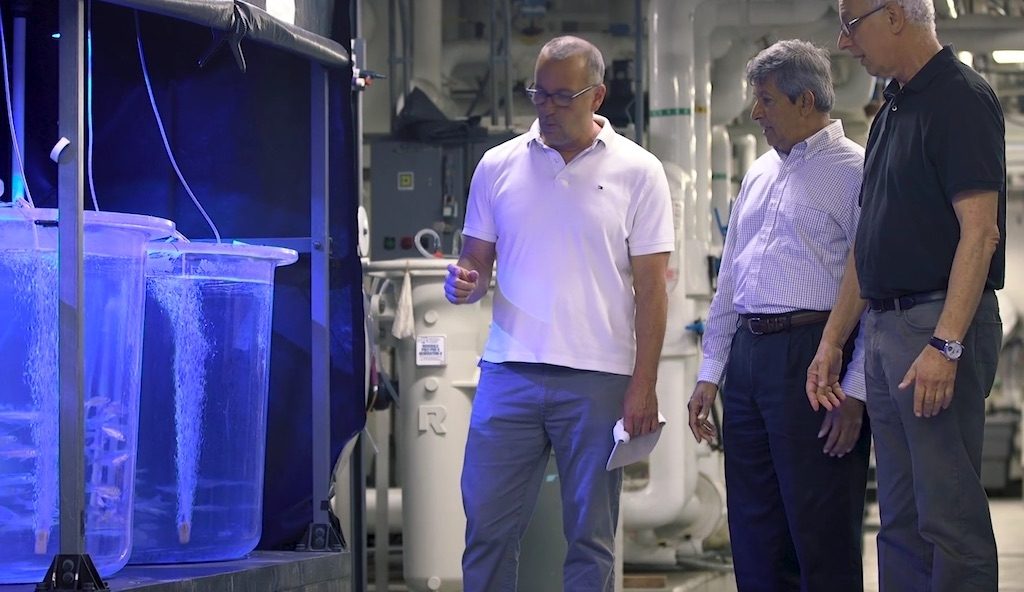