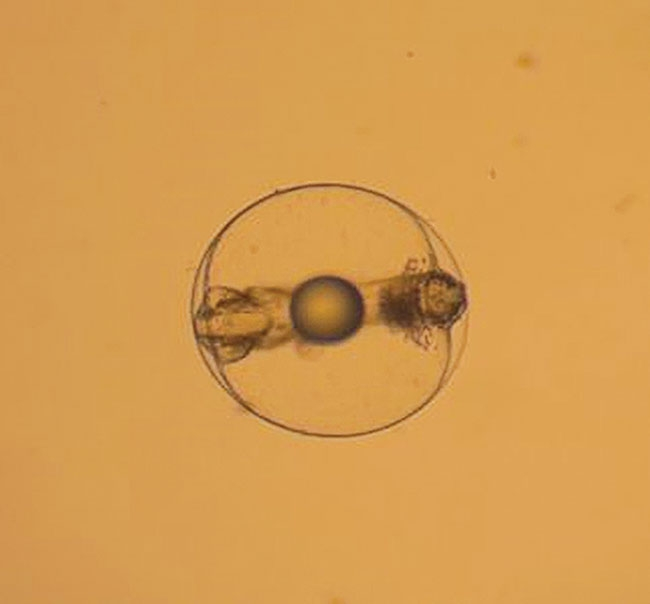 Protocols of spawning and larviculture of the spotted seatrout (Cynoscion nebulosus), which are currently performed at high salinity, could be done at low salinity, according to a study by graduate student, Eric Gigli, at the University of Southern Mississippi’s Thad Cochran Marine Aquaculture Center (TCMAC).

“The ability to do marine aquaculture in places where a consistent supply of high salinity salt water is not available would greatly expand opportunities for developing a domestic aquaculture industry,” Gigli told Hatchery International.

This portion of his thesis aimed to evaluate the effects of salinity on spotted seatrout embryos and early larvae, and the feasibility of low-salinity culture at these stages.

TCMAC is located in the Mississippi sound area, where salinity of coastal waters is low and seasonally variable.

The findings likewise offer positive cost implications. “Currently, the center uses artificially mixed salt and well water for the entire culture cycle of spotted seatrout. The ability to culture animals in low salinity reduces the cost of artificial saltwater, which represents as much as 10 percent of the production cost, and potentially allows the use of local water,” Gigli said.

Fertilized embryos from a volitional spawn produced by local broodstock conditioned at 29 psu (practical salinity units) were stocked in 100-liter incubators at 25, 18.75, and 12.5 psu.

Although survival in the 25 and 18.75 psu groups was twice that of the 12.5 psu group throughout, the study recommended a volume of 12.5 psu.

Gigli explained, “Higher mortality in this group was only observed pre-hatch and we believe this mortality was primarily due to embryos falling out of suspension and clustering at the bottom of the incubator, where they succumbed to insufficient oxygen levels or overall reduced water quality.

“Following this initial mortality, the larvae in the 12.5 psu treatment survived and grew as well as those at the other salinities.

Salinity can affect the fitness of embryos and early larvae in many ways because buoyancy is a first trait of importance to embryonic and early larval fitness.

Related
What’s holding back marine aquaculture? (It’s not what you think)
Tags