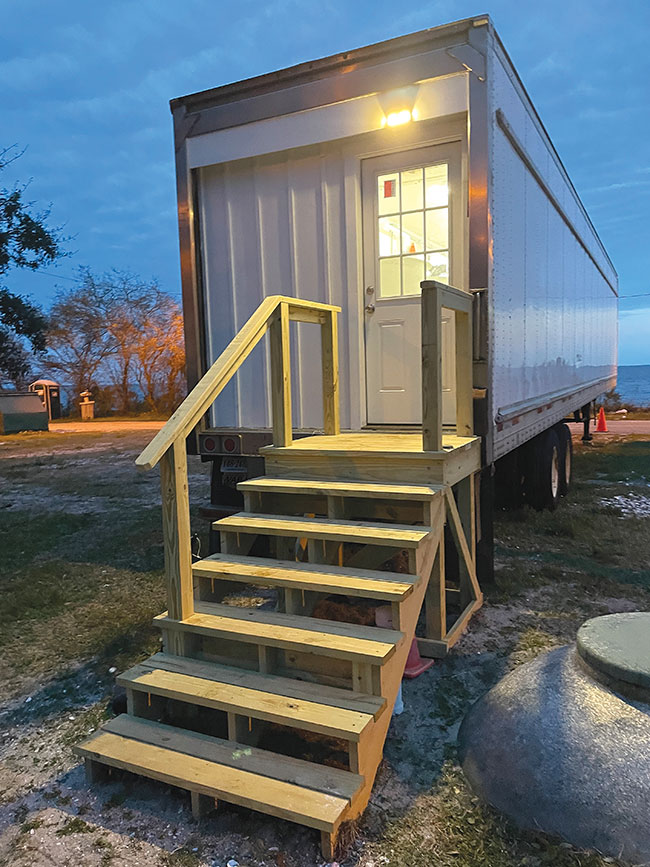 Oyster farmers in the US east coast may soon be able to buy seed oyster “on the go” – thanks to funding granted by the US Department of Agriculture (USDA) to a Virginia-based independent shellfish hatchery that’s developing a mobile oyster hatchery prototype.

“I’ve been working on this concept since 2014,” said Mike Congrove, president and owner of OSH. “Originally, I was looking to spread the risk of my own hatchery production. Then we realized that the mobile hatchery could have a much broader application and help the industry through bottlenecks in seed production.”

The OSH mobile hatchery project is a scaled-down hatchery that fits into a transportable 53-foot tractor trailer or container. Because the hatchery is mobile, it can flexibly response to changing site conditions thereby addressing the water and environmental issues common to today’s hatcheries installed in fixed locations.

“In the earliest stages of an oyster’s life, it is microscopic and at the mercy of local environmental and water quality conditions that can change quickly, threatening commercial production of seed,” explained Congrove.

Through the SBIR funding, OSH has renovated the original prototype mobile hatchery it had built and fabricated two others. The three trailers, deployed at the OSH office in Virginia, in Georgia and along the Gulf of Florida, stand alongside existing hatcheries to allow comparisons of seed production. Each mobile hatchery unit is designed to deliver 15 million 1-mm seed for each spawning run, which lasts approximately 4 weeks.

OSH can leverage these mobile hatchery prototypes to test the suitability of potential new hatchery locations. Recently, it has developed an innovative high-density setting system that miniaturizes the setting process to allow them to simulate entire life (oyster seed) lifecycle in a very small footprint, but still with reasonably large production output.

“We are still in the proof of concept and optimization phase where we want to verify that this model works and optimize systems to ensure we have a reliable and robust platform,” he added.

Once the proof of concept is completed and proven successful, OSH will explore various scenarios where mobile oyster hatchery concept can be applied.