The Washington State Department of Natural Resources (DNR) says it found flaws in Cooke Aquaculture’s Atlantic salmon net pens in Rich Passage on Bainbridge Island, Washington and is giving the company 60 days to fix them. 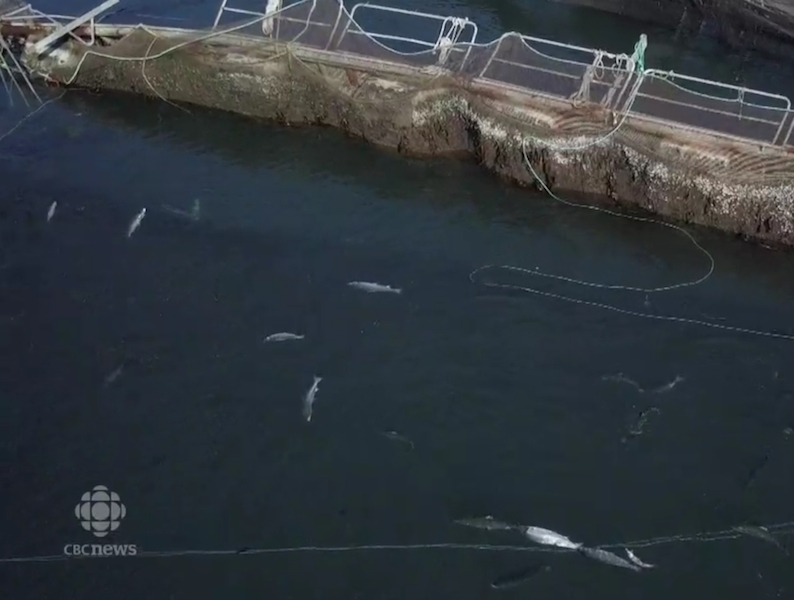 'Given the failure of the Cypress Island facility (photo)

In a letter of default dated October 9, DNR informed Cooke Aquaculture it has 60 days to make repairs to the facility. If the company cannot make those repairs in that time, its lease for the state-owned aquatic lands on which the facility sits can be terminated, DNR said in a statement.

Cooke’s lease with DNR requires the company maintain the property in good order and repair. An inspection contracted by DNR returned information that some of the surface structures of the Rich Passage net pens fail to meet that standard. Specifically, inspectors found a hole in netting and severe corrosion on several components of the facility’s above-water infrastructure.

“Given the failure of the Cypress Island facility, we have to be extra vigilant in making sure Cooke’s other existing aquaculture facilities are structurally sound,” said Commissioner of Public Lands Hilary Franz. “We cannot tolerate any risk that more Atlantic salmon will be released in Washington’s waters.”

The Washington Department of Fish and Wildlife issued a permit to Cooke last week that allows the company to transport about 1 million juvenile Atlantic salmon from a hatchery near Rochester to the Rich Passage net pens.

Current laws and administrative rules do not give state regulators the authority to deny Cooke’s permit to move healthy fish into an existing net pen.

The Cypress Island incident remains under investigation, and efforts to recover the escaped fish continue. About half of the 305,000 fish from the collapsed pen are thought to have escaped.