You wouldn’t buy a used car without looking under the hood, would you?, columnist asks 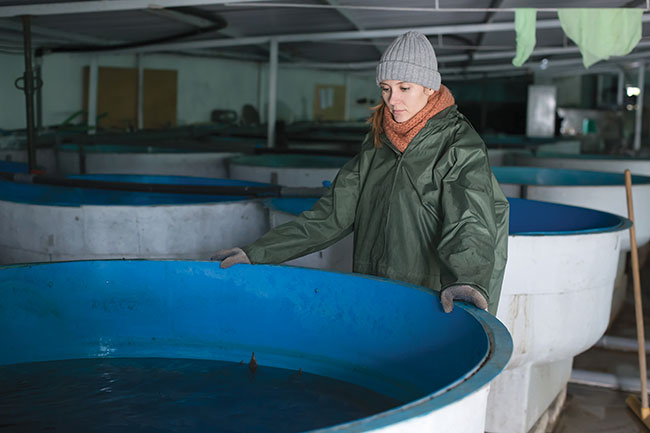 The greatest value of pre-shipment health testing is to identify and understand any potential issues before the fish are shipped and delivered Photo:©JackF/Adobe Stock

A growing number of fish farmers conduct pre-shipment health testing of their fish. Whether your operation is vertically integrated or you purchase fish from an independent producer for further growout, the health of those fish at the time they enter your facility will impact their productivity and influence your overall success as a fish farmer.

In principle, pre-shipment health testing should help ensure the health of a population of fish. In a practical sense, production planning might be months to multiple years in the works, and there may not be many options for either the buyer or the seller if a particular group of fish is not in optimal health. It is of course in the seller’s best interest to produce fish of excellent quality and health, but occasionally health issues may arise.

The greatest value of pre-shipment health testing is to identify and understand any potential issues before the fish are shipped and delivered; this way, they can be better managed before leaving their home farm, for instance, using an appropriate treatment if necessary, and/or at the receiving facility.

If a serious fish health issue is identified, the receiving farm may opt not to accept the fish altogether, though this is generally uncommon. Pre-shipment testing also helps the receiving farm prevent the introduction of infectious pathogens into their operation. This testing is also valuable to the seller as it gives them peace of mind and enables them to operate transparently with their customers. This would help protect them from disputes with buyers over the origin of a fish health issue. Pre-shipment fish health testing is therefore something that should ideally be performed by all aquaculture operations who ship or receive fish from another facility.

Some factors to consider
Although there is no one-size-fits-all protocol to fish health testing, there are a number of principles and factors that should be considered when conducting pre-shipment testing. Your veterinarian would happy to discuss your pre-shipment fish health screening needs with you and to help tailor an appropriate sampling and testing protocol to your specific situation.

The motives behind the testing will play a role in determining sampling protocols. Testing for the sake of identifying significant health issues is usually at the core of pre-shipment health testing, but factors – such as whether the testing is required by a regulator – may influence the specific criteria and extent of the testing. The source of the fish – whether they are from within your own operation or coming from an independent producer – may also influence your testing protocols.

An important question that needs to be answered is how many fish to sample. Depending on several factors, including population size and the specific pathogens being considered, you would likely require hundreds of fish to achieve statistically significant results to “rule out” certain diseases.

For most fish farmers, this is far too many tests to pay for, particularly if this is to be a standard pre-shipment testing protocol. Typically, a much smaller number (e.g. 20-30 fish) is chosen, with the caveat that health issues, whether infectious or not, which are only present in a small number of the population may be missed. Serious health issues that affect a large percentage of the population, however, should still hopefully be identified with these sample numbers.

Another key component of the sampling protocol is which tests to conduct.Necropsies should always be performed. This test gives vets a general observation of the fish, allowing them to identify any grossly visible health issues. An important adjunct to a necropsy is performing wet mount examinations of gills, skin, and sometimes feces. A number of pathogens can be identified microscopically with wet mounts, particularly parasitic infections, as well as fungal and certain bacterial infections (e.g. bacterial gill disease). Generally speaking, bacterial cultures should always be performed as well – it is a relatively low-cost test, which can identify a large number of potential pathogens. Histology, though typically more expensive than bacteriology, is another valuable test which should be included in pre-transfer health testing. Although a specific pathogen or cause of disease may not be identified, histology is an effective diagnostic tool in identifying underlying health issues in various tissues at the microscopic level. PCR testing can also be a useful tool; however, each test is specific and will give you a “yes or no” answer for the particular pathogen that you are testing for. To keep costs down, PCR tests are generally targeted at specific pathogens of concern, whether it be directly related to fish health concerns of your operation or necessary as part of regulatory requirements. There are also additional tests that can be performed depending on your specific situation.

Deciding which fish to sample is another consideration. In general, it is best to target moribund fish or fresh mortalities to maximize your chances of identifying any significant health issues in the population of interest. However, keep in mind that when the number of moribunds or mortalities is low, identifying an infectious agent in a small number of fish does not necessarily mean the population is unhealthy or unfit for transport. Depending on what was identified, further action may be needed, such as further testing, treatment of the population before transfer, adjusting transport or husbandry practices, etc.

Although this is not a comprehensive list of pre-shipment health testing considerations, it touches on key factors for designing testing protocols. Hopefully it will give you peace of mind that your fish are in good health, or at the very least will allow you to prepare and deal with any potential issues and to minimize their impact on overall fish health and productivity.

Dr Mykolas Kamaitis is a private practice aquaculture veterinarian and owner of Belwood Lake Veterinary Services in Ontario, Canada. He previously worked in the salmon industry in British Columbia as a vet and Fish Health Manager with Mowi Canada West. During his time at Mowi, Mykolas developed a strong background in production medicine and continues to take a preventative and production-focused approach to fish health management. He was named president of the Association of Aquaculture Veterinarians of British Columbia (AAVBC) in 2018 and continues in the role to this day.