‘Alternative Facts’ in Aquaculture — What Do You Believe?

I am a skeptic; however, I try to avoid insulting others by challenging their intelligence and/or credibility. Nevertheless, I often feel compelled to ask people: “How do you know that?” or “How did you come to believe that?” or “I want to understand the facts that support your conclusion.” All too often the answer is that their position or conclusion is based on belief and is not evidence-based.

Recent news about aquaculture have included an array of statements that I have classified as “based on alternative facts.” They were statements that the writer apparently thought to be completely accurate and true, but, to me, appeared to be based on her/his perspectives and beliefs.   “Truth” is a slippery concept that almost always is based on belief. “Scientific truth” is different; it’s the most probable interpretation of systematically collected evidence and usually applies to a specific set of conditions. Let’s explore some of the written and/or spoken words that may be “alternative facts.”

Alternative fact # 1: “Net pens must be banned from Puget Sound” because they are used to rear non-native Atlantic salmon, a fish that will seriously damage natural ecosystems. People opposed to net pens claim that fish farming operations will introduce disease agents and pollute the water. The argument that non-native species are automatically disruptive to natural ecosystems typically is based on a belief that natural processes created a perfect balance of nature thus any change from that structure is deemed wrong. Bur in fact, natural ecosystems are dynamic; they always change over time, but they continue to function as productive systems.   In some cases, non-native species have disrupted the functions of natural ecosystems, but it must not be assumed that improbable effects will actually occur. Regulations for the construction and operations of net pens can minimize possibilities for ecosystem disruption caused by pollution or disease agents.

Alternative fact # 2: “Average regulatory costs were found to be $148,554/farm, or $2,998/acre.” This statement appeared in a recent report and has been quoted widely in aquaculture publications. It is an accurate summary statement of results from a survey; however, the subjective data on which it is based have not been verified by independent studies. The study relied on information provided by trout farmers, which should be accurate for costs due to permit and license fees — costs that are relatively minor. However, the farmers’ estimates of the costs caused by “lost or foregone sales” cannot be verified independently and must be considered as highly subjective, and probably inflated. Likewise, regulatory costs due to changes in management, manpower, and infrastructure were not verified independently. Survey results based on subjective responses from responders can be used as the starting point for additional, independent studies, but when used to make absolute conclusions about regulatory costs, they become “alternative facts.”

Alternative fact #3: “Consumers should avoid farmed fish, especially tilapia and catfish.” Popular literature produced by consumer food activists and some chefs are filled with inaccurate information about the presumed dangers of eating farmed fish. Go “au naturel” has become a rallying cry; individuals adhering to their beliefs about “natural” products have even gone so far as to demand “raw water” (water that has not been filtered or treated), even though raw water is the root cause of enormous public health problems. The argument against farmed fish typically rests on the belief that it is contaminated with antibiotics, is less nutritious, and is not as “fine-tasting” as wild fish. Such claims are based on personal taste preferences and outdated information about fish feeds and the use of antibiotics in aquaculture. I often ask aggressive proponents of “wild and natural,” “Do you know where your wild fish has been?” and “How clean was the water in which that fish had been swimming?” But, they usually persist in their beliefs in spite of real facts to the contrary.

“Alternative facts” and trust in them are belief-driven. Belief comes first, followed by agreement that the speaker/author is really “telling it like it is.” The processes by which information is produced, verified, and validated based on systematic observations and/or experimentation should be and can be used to produce real aquaculture facts. “Alternative facts” and their use to manipulate public opinion will be part of public discourse for the foreseeable future. Aquaculturists must, however, understand that there is such a thing as information that is so highly accurate and highly probable that we can use it as “real facts” to challenge belief-driven “alternative facts.” 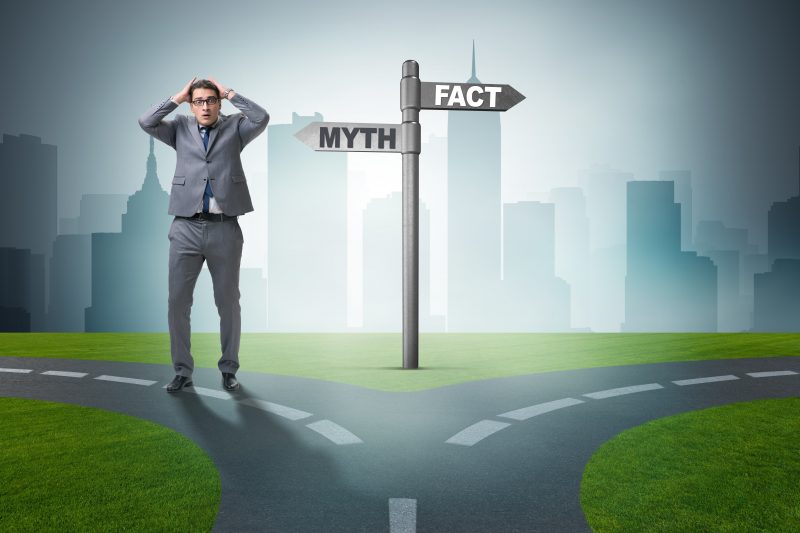