With a jump in speed and improved stability over its predecessor, Inspector 2.0, the recently released robotic submersible developed by California-based SeaDrone Inc, offers fish farmers another way to observe their pens and other underwater facilities without having to get wet themselves. 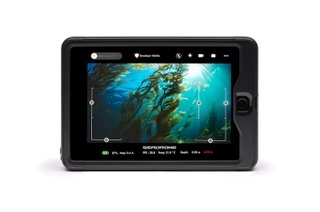 “[The] robot can be down all day while a diver can only be underwater at 20-30 minutes at a time and needs to take breaks,” SeaDrone CEO Eduardo Moreno told Aquaculture North America (ANA).

As previously reported in ANA, Inspector 1.0 was launched at TechCrunch Disrupt 2016 and was the first sub-6-kg underwater vehicle capable of handling 1.5 knot ocean currents using its omnidirectional drag design and high thruster-to-weight ratio, according to the company.

The latest version of the robo-sub is pitched as a cheaper alternative to specialized piloting of remotely controlled drones used for the inspection of underwater fish farm platforms, like pens, anchors, and other tasks.

The SeaDrone package is portable, piloted from an iPad and its path and camera can be automated for frequently repeated jobs, says the company. Aquaculture customers in Japan, Norway, and Chile continue to be the primary market for the SeaDrone Inspector.

“We believe that we are expanding the market and allowing more people to have their own vehicle and perform their own inspections,” explained Moreno. “Our robots are three- to five-times cheaper than competitors for the performance that we offer.”

SeaDrone Inspector 2.0 maintains everything that made SeaDrone Inspector successful and further improves it with an increased top speed of 20 percent and vehicle stability improved by 100 percent. It comes with spare battery packs.

The Inspector remains stable while it stays in place shooting images and to that end its battery has been shifted from the top to the bottom. Being top-heavy matters underwater as it does above the surface, and Moreno said this change vastly improved stability and made the newer version considerably easier to control.