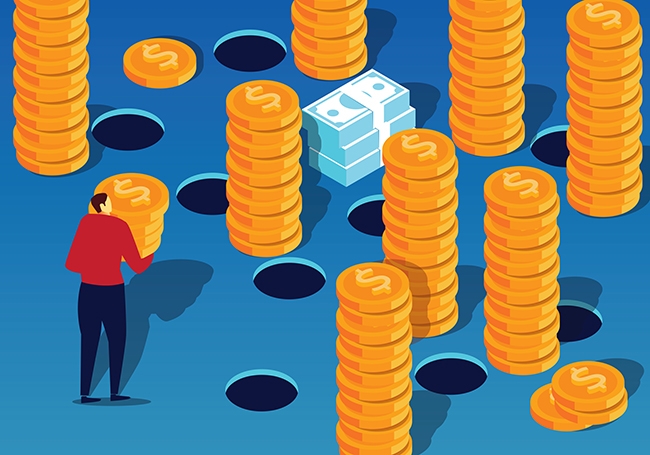 When I read the report, “RAS Atlantic Salmon Industry on Vancouver Island—Financial Model & Economic Impact Analysis,” commissioned by the Fraser Basin Council, the proverb, “If wishes were horses then beggars would ride,” immediately came to mind because of its fantastical nature. Just because one would like it to happen, it does not mean it will. Its fanciful nature is also captured in a quote from the report itself:

“We developed a financial model to estimate the revenues and expenditures arising from a 50,000-tonne industry and chose to assess the industry at an unspecified date in the future when production efficiencies had been realized, and steady-state (ongoing) performance achieved.”

In other words, the report describes a mystical industry in a far, far away future time with an analysis based on mythical and wishful performance data. This criticism may not be entirely the fault of the authors of this report. They were following the mandate from their funders (Tides Canada) and relying on published data from other mythical literature produced as blue-sky promotional material from a variety of prospectuses designed to entice capital for various RAS ventures. The authors were also cautious enough upfront to throw in their own disclaimer of the mythical nature of the report:

“The analysis is not intended or designed to assess the feasibility of RAS technology for growing Atlantic salmon nor to gauge the probability or timing of the development of RAS-based Atlantic salmon production on Vancouver Island.”

After admitting that the contents of the report are both fantastical and mythical, the authors then continue on to accept both the fantasy and the myth and plug their data into a model to produce “realistic” expectations for the economic contribution of such a mythical industry. The model is like a magician on the stage. It produces an illusion of a reality when no such reality exists. Out of thin air it produces GDP and employment—in this case GDP of $407.5 million and 4,000 mythical jobs.

This report also illustrates the risk of building one’s house on quick sand. The authors seem a little confused on the strength of the data used to build this report. In the Executive Summary, the authors admit the data used for the report is highly speculative: “Conducting an economic impact assessment for a nascent industry is challenging, since there is no concrete data to draw upon.”

But there is data, in the public domain, from producers with actual experience with RAS growing Atlantic salmon to market size. For instance, Atlantic Sapphire is a public company and has been reporting financials for quite a while, which include financial data on the more mature operations in Denmark. The report would have been more realistic if the authors compared and contrasted the actual financial data from the Atlantic Sapphire prospectus from a couple of years ago. Kuterra’s financial data, BC’s only land-based Atlantic salmon farm growing market-size fish, is also available publicly and showed quite a dismal performance. In addition, there should be data available from a number of government-sponsored ventures such as the Nanaimo land-based fish farm Taste of BC Aquafarms and the land-based Canadian Model Aqua-Farm in Manitoba. It is also well known that many land-based Atlantic salmon farms have failed and none of this information has been acknowledged in the report. Instead the authors chose to rely on data from the blue-sky proposals.

Yet in the text of the report these authors assure the reader the data is sound: “We considered concrete financial data found in the following articles or publications.”

The articles it referred to were, again, all speculative. The actual financial data that is available would not have supported their thesis that such an industry is anything more than fantasy.

Their own advisory committee told them the data they were using was nonsensical: “The members of the Advisory Committee generally found that our model was too optimistic.” So the authors modified their data based on an average of the mythical data rather than use real data.

Even with reliance on the toned-down data, the financial model used in the report could barely squeak out a profit, the risk of insolvency was very high and the fanciful rates of return on deployed capital would not be sufficient to attract serious investment.

Since investors would be difficult to attract on the basis of such poor financial performance, the report suggests that the government risk taxpayers’ money instead by providing a number of incentives to attract investment. The assumption being, it is okay to use taxpayers’ money to invest in fantasies.

I am not against RAS. When I was in salmon farming we built the first RAS system on Vancouver Island in the 1990s to successfully help with the production of Atlantic salmon smolts and we invested in RAS for the production of tilapia. What distresses me is the use of speculative data to produce a report, which presents an unrealistic possibility in an effort to manipulate public policy. According to the Fraser Basin website, the purpose of the report was to have the information used by another consultant “undertaking a broader study of aquaculture technologies being led by Fisheries and Oceans Canada (DFO).” It will be fascinating to see how the consultant working with the DFO will incorporate this report into the DFO report, and to see if DFO has the intestinal fortitude to use such fanciful dogma to create public policy.

Dr. Brad Hicks has been working in the fish farming industry for over 40 years, has raised six species on a commercial level, and helped pioneer rearing of sablefish. He has been involved with fish farming operations throughout Canada, the U.S. and Chile, as well as fish feed operations in Canada. He has been intimately involved in the farmed seafood market and worked extensively in the development of a variety of standards and certifications for farmed products. Pertinent to this current discussion, he was responsible for the decision to install the first RAS smolt rearing facility in British Columbia in the mid-1990s. Hicks holds degrees in fish and wildlife biology BSc, veterinary pathology MSc and veterinary medicine DVM.

Aquaculture North America (ANA) welcomes critical debate between opposing perspectives. Any viewpoint that you wish to submit will be much appreciated as it will contribute to the conversation around the industry’s development. Email your ideas to ANA Editor Liza Mayer at lmayer@annexbusinessmedia.com.