AquAdvantage Salmon, the genetically engineered salmon from biotech company AquaBounty Technologies, has made its market debut in Canada. 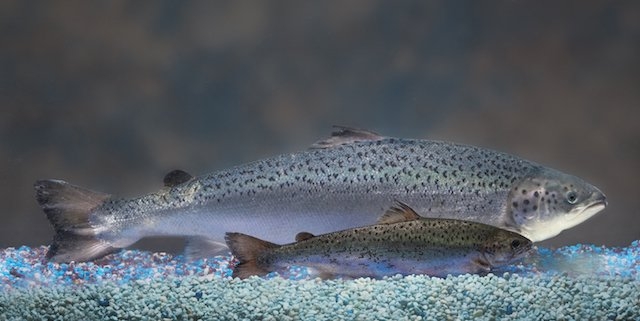 The company said it sold approximately five tons of fresh AquAdvantage Salmon fillets at market price to customers in Canada, earning it $53,000 in revenue on the sales.

The announcement came along with AquaBounty’s August 4 reporting of its financial results for the second quarter ended June 30, 2017.

Ronald Stotish, CEO of AquaBounty, called the very first sales of AquAdvantage Salmon a milestone for the company. “The sale and discussions with potential buyers clearly demonstrate that customers want our fish, and we look forward to increasing our production capacity to meet demand,” he said.

In the United States, the US Food and Drug Administration (FDA) decided in 2015 that the genetically enhanced fish was safe to eat, however, it banned its import last year until it issues product-labeling guidelines.

Another development the company considered a milestone during Q2 was the company’s purchase of Bell Fish Company LLC farm site in Albany, Indiana, for $14.2 million. The facility will be AquaBounty’s first commercial farm site for the production of AquAdvantage Salmon in the United States.

Amidst these developments, AquaBounty continued to post losses. Net loss for the Q2 was $2.1 million, similar to Q1 2017. The company did not explain the losses.