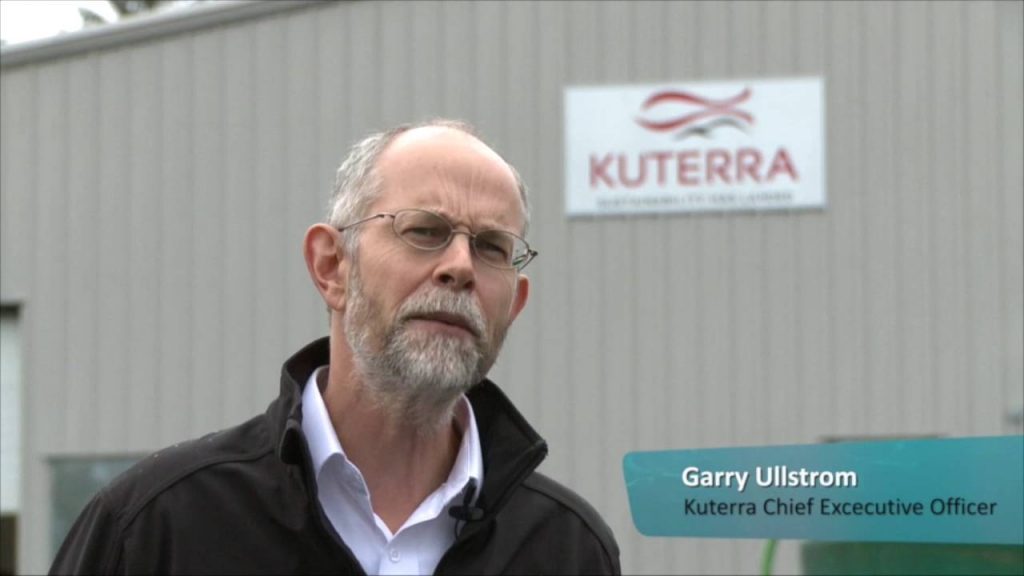 Kuterra, a 250-tonne facility in Port McNeil, British Columbia, suspended its operations in July 2018 for a “much-needed maintenance break” to address water treatment system issues and perform some upgrades, while confirming it was still in exclusive talks with a potential investor to help it get the economies of scale it needs.

Kuterra CEO Garry Ullstrom says the farm continued to grow smolts in another part of the facility during the maintenance break, and now two cohorts of Atlantic salmon are being raised to market size. He however remained cautiously optimistic about the company’s search for investors.

“I think within a month or so we should be ready to announce something, if all continues to go well. We remain optimistic but I’ve learned over the years–because it’s been two and a half years now–that it’s not done until the paper’s signed,” Ullstrom told Aquaculture North America (ANA) at the sidelines of the 2019 Aquaculture Canada conference in Victoria, BC.

He said the company has had “very serious conversations” with a number of potential investors over the past two-and-a-half years but the fact that the facility is located on a First Nations reserve required a myriad of lengthy approval processes.

“There are community approval processes, and the process of getting a lease in place that would give the new investor certainty of tenure and mortgage ability has taken a couple of years because it involves the federal government and whenever the government is involved in a process, that stretches things out. But the current talks, I hope will bear fruit, within the next month or so,” Ullstrom said.

A land-based salmon farm needs to be scaled to produce at least 3,000 mt/year to yield investment-grade returns. Kuterra yielded 180 mt in its first year of operations in 2015; the plan is to scale it up initially to 300 mt and then to 1,500 mt, if it finds an investor.

“In order to achieve solid profitability, we need to scale up because we’re tiny as a pilot facility–250 tons a year–on the existing site. The original plan always was to build another four modules on that site. So we think we could put up to 1,500 or 2,000 tons of production on the current site and that would make Kuterra consistently solidly profitable.”

But the first need for capital is to optimize the facility, Ullstrom said. “We realize that we need a steady supply of saltier water because our groundwater wells, the salinity in them fluctuates and these systems in order to deliver premium quality fish on a consistent basis, need to deliver consistent biological conditions to both the bacteria in the bio-filter and the fish in the tanks, and that means having steady salinity. So a saltwater pipeline is one of our top priorities.

“The second thing we’ve learned in terms of optimization is growing the fish at a temperature lower than 14C or 15C which was our initial target temperature. We’re now going to target 11C to 13C. So we need to upgrade the cooling system. The third major investment would be a hatchery, which completes the optimization of the existing pilot scale facility.”

Kuterra has grown and sold more than 2 million lbs of Atlantic salmon since it broke ground eight years ago.