Lab-created oysters in the pipeline

The intention is noble, but will the cell-based product stack up to the real thing? 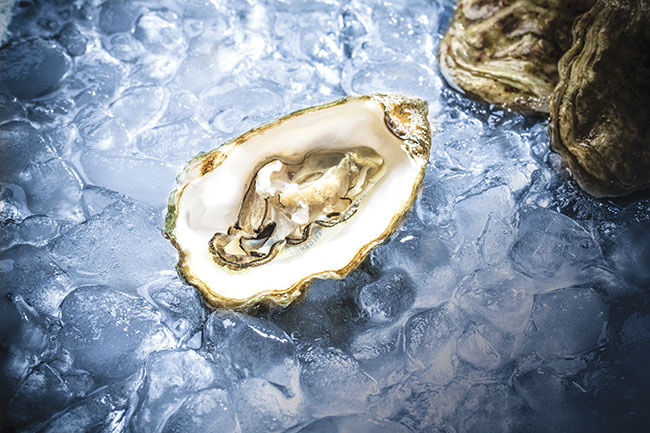 One of the many challenges before the North Carolina biotech firm hoping to produce cell-based oysters is how to make its product look like the real thing (pictured) to make it attractive to consumers Photo:©Ana/Adobe Stock

Science-and-tech storyteller Nikita Michelsen and marine biologist Joey Peters are among the latest to jump on the cellular agriculture bandwagon, an emerging industry that McKinsey & Co analysts predict will grow to $25 billion globally to 2030. (This is from zero in 2013, when the first lab-created meat was presented to the world by Dutch pharmacologist Dr Mark Post.)

As co-founders of Pearlita Foods, the goal of Michelsen and Peters is to create cell-based mollusk products that would reduce the burden on the ecosystem while providing food that consumers enjoy.

They chose North Carolina as site for the company’s headquarters and laboratory because of its robust biotech sector and a coastline rich in wild oysters.

The idea of oysters being created in the laboratory seems counterintuitive. After all, oysters take up nitrogen and phosphorus through feeding and growth, which is  good for the marine environment.

But Michelsen says the idea of raising them in a lab that one could keep contaminant-free is alluring. “Some of these areas  (where farmed oysters are grown) are still polluted so the oyster meat itself can potentially have toxins and contaminants in them. That’s not really something that farmers can do anything about so that’s one of our leg-up on the product that we’re going to create.”

Peters says the ability to engineer the product in the lab to shape its nutritional composition is also enticing, although he acknowledged that this is also true in aquaculture, where farmers can control it through diet and environment factors.

Still, he is excited about the prospect of yielding a certain nutritional profile through cellular aquaculture.

“We actually have the ability to control the amount of nutrition that would be in it by creating a medium with the right formula of ingredients. For example, everything we have in seafood, the reason why it has that definitive seafood taste to it is actually because of algae. So when factoring in the media for growing oysters, something we might have to think about is: how do we put algal oils or something that gives it that definitive flavor? Otherwise, it would just be a weird, bizarre flavor, right? So we have control in the lab.” 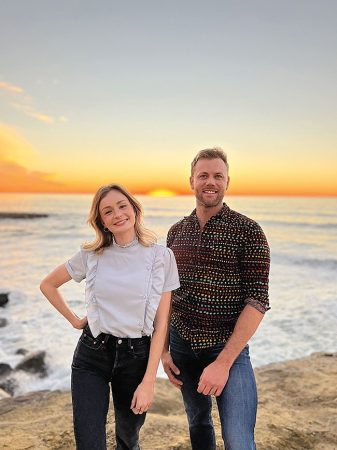 So, how is cell-based protein made?
Any cellular-based meat product starts with the original animal, which in this case is an oyster.

Peters explains: “You dissect it and you take cells from the different tissues inside the oyster meat, and you have to isolate those primary cells that we’re going to eventually grow into more oyster meat. But you have to recreate the same conditions that the oyster animal has in its body. You have to create a medium for these cells to divide in, and that’s the real task – determining the right mixture of nutrients and amino acids and healthy fats that are part of the fluids that are inside the tissues that help incubate these cells.

“So we’re going to have to basically recreate that in the lab, in the controlled environment. We’ll use equipment, such as incubators, that keep things at a certain temperature and allow the cells the environment to thrive in, and then you’re actually in charge of the cell-division process. So, you have to play a pretty strong role in ushering along the cell growth and, over time, it starts to become its own little machine. And then, you can have a reactor – which is basically the size of the big vats that you’d see in a brewery – that can do it to generate products on a larger scale.”

That’s the theory; however, the business partners know they still have a lot of practical things to address before they even see their first cellular-based oyster meat product.

“The main thing that we have to get down is the isolating of the cells themselves from a particular species of oysters or other shellfish and we have to develop the medium to grow them in.  It’s not a heavily studied area of research. So part of our research program is understanding that medium,” says Peters.

Another challenge is how to make the cell-based oyster look like the real thing.

Says Michelsen:  “For us, of course, the end goal is to have a product that looks exactly like an oyster.  And that is a challenge for a lot of cell-based meat companies right now;  how to make it look right. There are a lot of different strategies out there like, perhaps do a mix of plant-based and cells, or maybe make it cell-based all the way. It is a little too early for us to make that decision at this point.”

How to position their product in the market is also still up in the air. One question would be whether cell-based products can be considered vegetarian.

“That is such an interesting new problem that I think a lot of cell-based meat industries are facing. Because in a way you can call it ‘animal-free’ because you’re not really slaughtering animals, you’re growing them. It’s not like you’re killing them. So in some sense, I guess it depends upon where your own positioning is, like your own standpoint of why you (as a consumer) are vegetarian or vegan. So it’s really, I think, up to the consumer to decide what they feel comfortable with.”

The duo still has a very long way to go and needs massive capital requirements to get there. So far, they have received an undisclosed amount from early-stage funders: Big Idea Ventures and Sustainable Food Ventures.

“We don’t have all the answers just yet because it is an emerging industry,” says Peters. “But I think the nice thing about it is the intention behind all of these companies is that they all want to make a sustainable difference. Decades from now, one would probably see this being a pretty big deal, not just for Perlita Foods, but also the amalgam of cellular-based seafood making a positive impact on the ecosystem.”