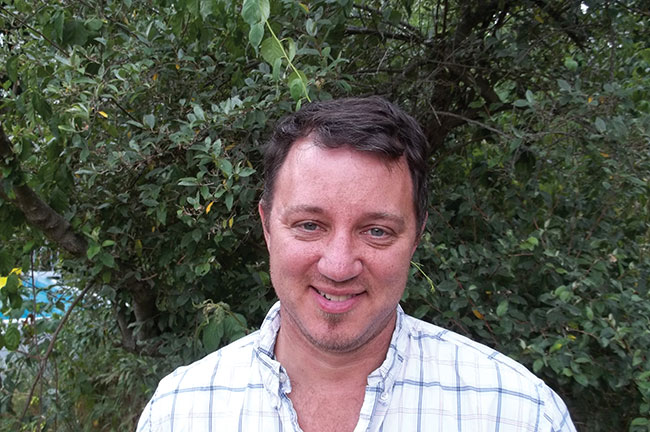 Keith Wilda, co-owner of Blue Stream Aquaculture, says he cut his teeth in aquaponics. The farming technique is being integrated into the two farms’ operations

Keith Wilda and Jim Malandrinos have always dreamed of starting an aquaculture business together, going back to their time as colleagues at an aquaponics company called Bioshelters in the 90s. Twenty years later, that dream came true. They—along with Wilda’s wife Reagan, a hatchery and nursery manager—acquired a hatchery in Cape Cod, Massachusetts, and Blue Stream Aquaculture was born.

With multiple species, sites and techniques on the go, Blue Stream is clearly a versatile company with diverse operations. That wasn’t necessarily by design but Wilda notes that he and his partners were flexible enough to let the business evolve and take them where it would.

“It’s been very organic. We had a base business plan, but it’s changed and morphed over the last three years from where we expected it to be, in a very good way. We’re trudging forward and we’re interested to see what happens in the rest of the industry. Aquaculture has become more of a necessity now than it was in the past. I was always hoping it would become a necessity 30 years ago when I started in it, but now I think it is,” he says.

Massachusetts site
“It’s a historical hatchery,” says Wilda of the Massachusetts farm, which had previously been known as the Blue Stream Hatchery. “Ecology-wise, it’s unique, the waters are shallow artesian wells with free-flowing water. Having been here for 160 years, it’s got its own ecology as far as different microorganisms growing in the pond and in the raceways. There’s primarily sand-bottom raceways.”

The Massachusetts farm produces up to 10,000 lbs of fish per year without the use of antibiotics, pesticides or herbicides. An aquaponics operation is being added to it.

A significant portion of the farm’s production is aimed at the recreational market, such as private game clubs, private ponds, and children’s fishing derbies. Wilda says Massachusetts has only a handful of hatcheries that provide fish for recreational stocking.

There is no difference in terms of the production of food fish and recreational fish, he says, because the latter may end up being consumed so they still have to meet the same standards. The customer’s needs, however, may fluctuate and inventory can be challenging.

“What the customer wants is always a moving target. He may ask for a 10-inch fish one year and then the next year he wants a 12- to 14-inch fish. It’s always a challenge to make sure I have enough inventory of what I think the clients are going to want when they want them.”

For that reason, the company is beginning to target the local food market in areas around Cape Cod. “Buy local” is big in New England, says Wilda, so they’ve already had some early interest.

New Hampshire site
In New Hampshire, Blue Stream is being built from the ground up to incorporate aquaponics as well. Wilda says he cut his teeth in aquaponics. He is clearly passionate about the benefits of growing fish and plants together. “For me, the combination of the two always seemed to go hand in hand,” says Wilda. “I think what we’ve learned about aquaponics over the past 25, 30 years is that you don’t need quite as many fish as initially thought in order to grow the amount of plants you want to grow, particularly if you’re growing leafy greens or basil.”

The New Hampshire farm’s fish produce will primarily service the food market. Its aquaponics operation will grow watercress and wasabi initially, but could expand into herbs and basil in the future. Aquaponically grown crops have a fairly quick turnover, so the crops can be changed out or adjusted every six weeks depending on the market needs, Wilda says.