Washington State Senator Kevin Ranker has filed a bill that calls for a ban on any new leases for net pen aquaculture in the state, leading to a total phase-out by 2025. 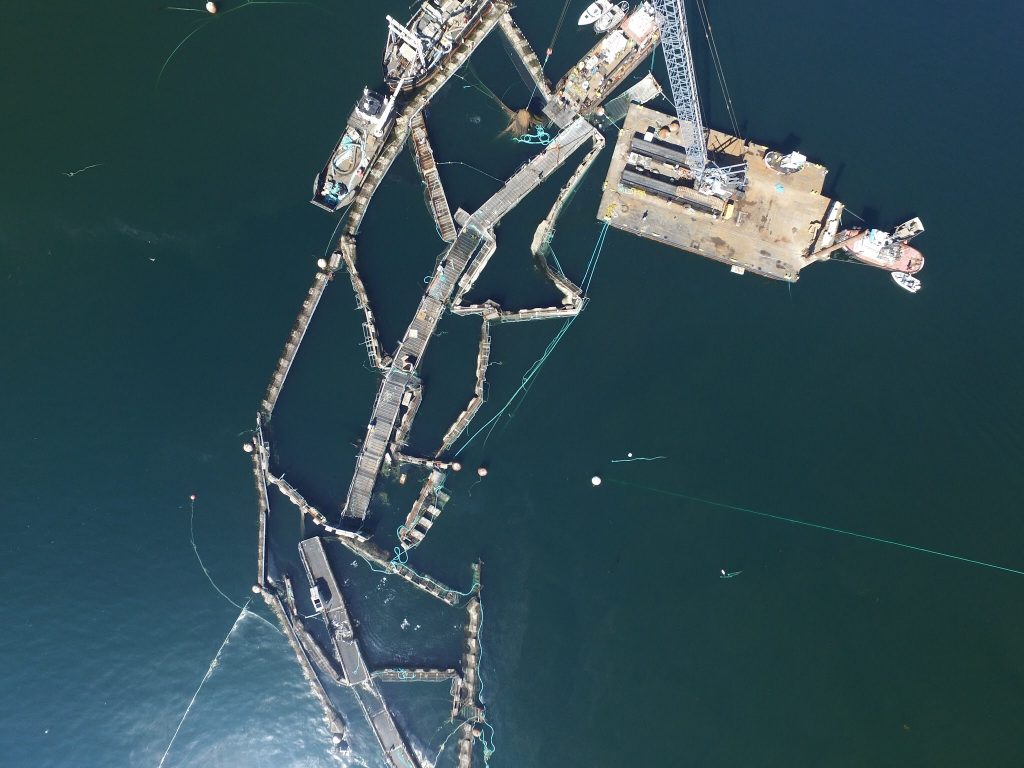 Birds-eyeview of Cooke Aquaculture's damaged net pens in Washington State. Proposals to ban fish farming in open-net pens gathered steam after the salmon-escape incident in the state in August.

Ranker, who represents the Orcas Islands, is urging neighboring British Columbia in Canada to move in tandem with his proposal for a successful management of the ecosystem on both sides of the border.

His proposal stems from the salmon escape incident at a Cooke Aquaculture farm in Washington State in August. Major concerns over such incidents include the spread of parasites and pathogens to wild stocks.

Two more lawmakers, Rep Jim Walsh and Rep Drew MacEwren, are also pushing a similar agenda. They, however, see it as an “emergency” and have introduced legislation to immediately ban Atlantic salmon net pens in the Puget Sound.