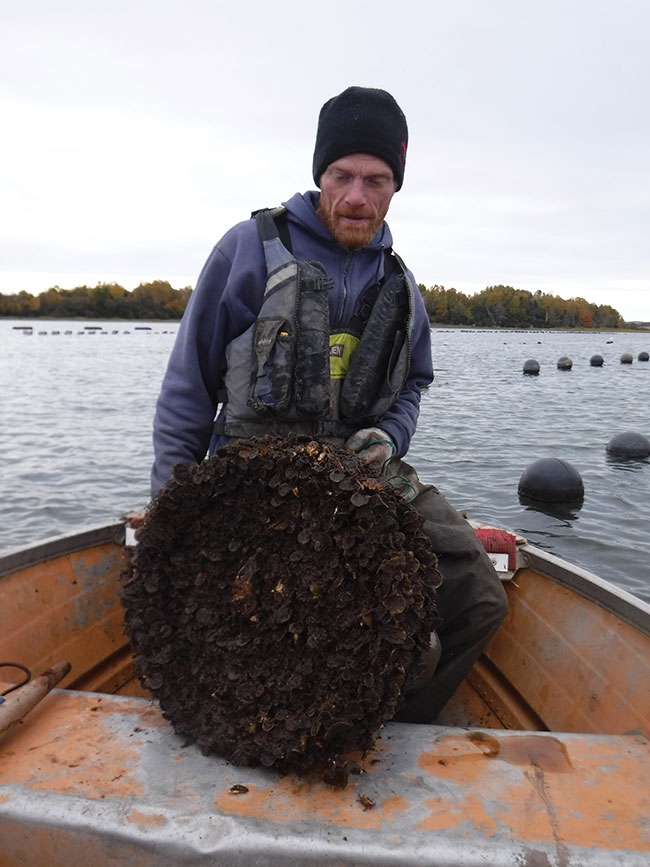 “Oyster seed security is a concern in the industry,” said Dr Isabelle Tremblay, R&D coordinator for the Aquaculture Association of Nova Scotia (AANS).  “We are at the point where we need to have a strategic plan for the industry completed to determine how we will address this challenge in the short and long term.”

Shellfish growers in the province are currently sourcing oyster seeds from various sources, including natural wild spat from either Nova Scotia or Prince Edward Island, and New Brunswick for both wild and hatchery seeds.

“There are very few small shellfish hatcheries in Nova Scotia. Sometimes, they sell some of their seeds to local sea farmers however, consistency of supply is a concern,” said Tremblay, who spoke at the 2019 Northeast Aquaculture Conference & Exposition (NACE) in Boston, Massachusetts.

“Discussion will certainly include natural spat collection and hatchery capacity development,” she said.

Tremblay also gave an update on the recovery of shellfish farming in the Bras d’Or Lake, situated in the province’s Cape Breton Island. MSX (Haplosporidium nelsoni) infected oyster beds in the area in the early 2000s, causing the industry to collapse.

“There used to be 57 leases where oysters were cultivated on the bottom of the lake.  Since then, some oyster survived and started to reproduce again, but the industry is not back yet.  Sea farmers are concerned about growing oysters on the bottom like they used to, because the chance of the oysters dying from MSX is still present,” she said.

Various initiatives to address that Bras d’Or Lake challenge include hatchery production from surviving broodstock and using floating cages to grow oysters to see whether this will increase oyster survival and grow them to market size faster.

“The goal is to find a way to mitigate for MSX disease and re-engage oyster aquaculture on the leases in the Bras d’Or Lake.

“As for mainland Nova Scotia, we want to help existing shellfish growers expand their operations and attract new entrants to the industry.”