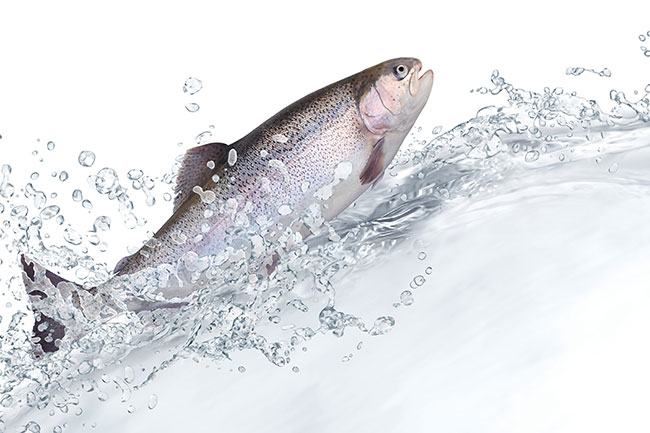 A Scottish company plans to raise Atlantic salmon in semi-enclosed cages. It could potentially be the first in the world to do so on a commercial scale, if plans pan out Photo: ©K.-U. Häßler /Adobe Stock:

The world’s first commercial salmon farm that uses semi-closed containment system exclusively may be in operation by 2023, if all go according to plan.

A new Scotland-based company called Loch Long Salmon aims to raise 15,000 to 20,000 tonnes of salmon per annum. It plans five sites, each with 4,000-tonne capacity.

Semi-closed farming systems are touted to eliminate sea lice due to the airtight bag that separates the fish from the ocean environment, and because the water that’s pumped into the enclosure is from the deep ocean, where sea lice aren’t known to thrive.

According to industry estimates, sea lice treatments cost the industry $1 per kilogram of farmed salmon. Not having to treat for sea lice, the company believes it will be able to offset the operational costs of a semi-closed containment farm, estimated to be twice that of a conventional farm.

“Our philosophy is that we should eliminate rather than treat the problem – and we can do that with these systems,” said the company. It noted that semiclosed systems have been tested in Norway for the past eight years and have been shown to be successful.

The company is only on fund-raising stage. It will have to jump through many hoops before it even stocks the first fish. Now, the hard work begins.

1 Comment » for Novel semi-enclosed salmon farm in the works