The first harvest of Almaco jack (Seriola rivoliana) from The Kampachi Company’s offshore farm in the Gulf of California has reached the market. 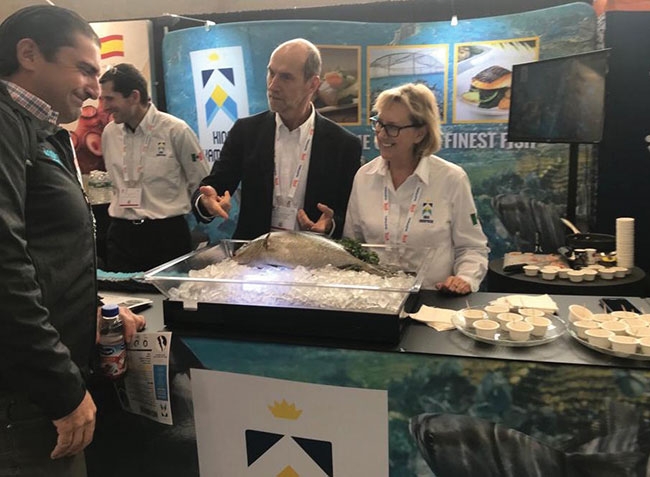 The initial harvest totalled 2,000 kgs, of which about two-thirds went into the US market, and a third into Mexico.

The harvest comes roughly a year-and-a-half after Series A funding for the farm closed and nine months after the first King Kampachi were stocked in the offshore pens in La Paz, Baja California Sur.

“Our farm location allows us to ship our harvest to the US more economically and with a lower carbon footprint,”  Neil Anthony Sims, co-founder and chief scientific officer of the company, tells Aquaculture North America (ANA). “It also provides the opportunity to sustainably scale up production.”

Attendees at Seafood Expo North America (SENA) in Boston in March had the opportunity to sample what the company markets as “King Kampachi.”

The company harvests according to demand, says Sims. “We expect it to build up quickly now that we have introduced King Kampachi to the US market through (our presence) at SENA and through our master distributors. We are expecting to be harvesting over 10 tons per week by the end of 2019,” he says.