Plastics finding their way into our food supply

Plastics have transformed our world, and are now found in everything from clothing to cosmetics. Production of plastic materials has increased dramatically since the early 1950s, reaching 322 million tons in 2015- with current levels expected to double by 2025. 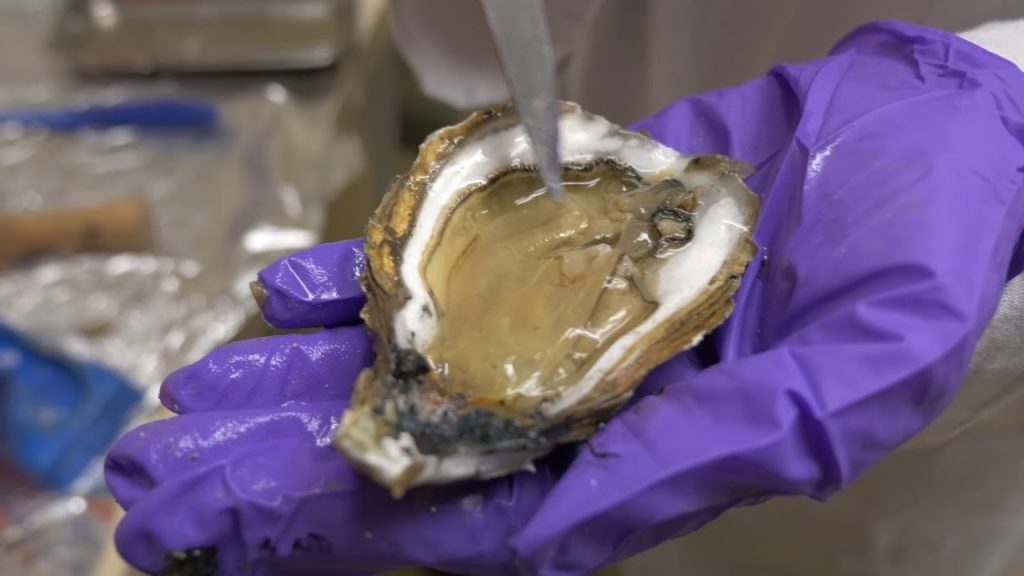 A study in Frontiers in Marine Science found that these plastic compounds, praised for their durability, are now finding their way into our food supply. Researchers found microplastics in the stomachs of nearly three out of every four fish caught in the Northwest Atlantic middle pelagic waters. Scientists are worried that as these smaller fish become prey for larger migrating species like tuna and swordfish, microplastics will spread throughout the food chain and across ocean bodies. “Microplastic ingestion by marine animals has actually been reported in over 600 marine species ranging from zooplankton to finfish, shellfish, sea birds, turtles on up to marine mammals, says Amy Uhrin, NOAA Marine Debris Program.

Plastics found in marine species range from fibers in synthetic clothing (most commonly found ingested), to styrofoam, fragments of hard plastics, filaments from fishing line and rope, and microbeads found in makeup and cleansers. They pose a threat not only as particles that become obstructions in the digestive system, but also for the toxins they contain.

However, for shellfish like mussels, oysters, and clams that are consumed whole, the risk of microplastic exposure is much higher, and could be a cause for concern. Two cultured species of shellfish commonly consumed, the mussel Mytilus edulis and the oyster Crassostrea gigas, were recently found to contain enough microplastics to amount to an annual human intake of 11,000 microplastics per year.

Along the Oregon coast, a project funded by Sea Grant aims to look at nine different sites for razor clams and five sites for oysters “…. to look for geographical hotspots for microplastic concentrations and share this information with state agencies to hopefully address the problem,” says Brita Baechler, graduate student at Portland State University.

The greatest accumulations of plastics and plastic particles tend to be found in coastal waters, which is also where most shellfish farms are operating. And a recent study in Nature suggests oysters that consume plastics will have reduced reproductive success. NOAA estimates “more than one-third of the shellfish-growing waters of the United States are adversely affected by coastal pollution.”

Ironically, the aquaculture industry itself owes many of its advancements to the manufacture of plastics and plastic fibers that are lighter, stronger, and more durable than natural materials for fishing and mariculture equipment.

More research needs to be done to discover any long-term negative health effects of plastics in seafood, so for now the aquaculture industry is reminding consumers of the many known positive health benefits from eating fish and shellfish, like heart- healthy omega-3 fatty acids and iodine for proper metabolism.