News
Baltimore students get a foretaste of aquaculture

More than just a venue to grow vegetables and fish, the aquaponics lab inspires some students to pursue careers in aquaculture 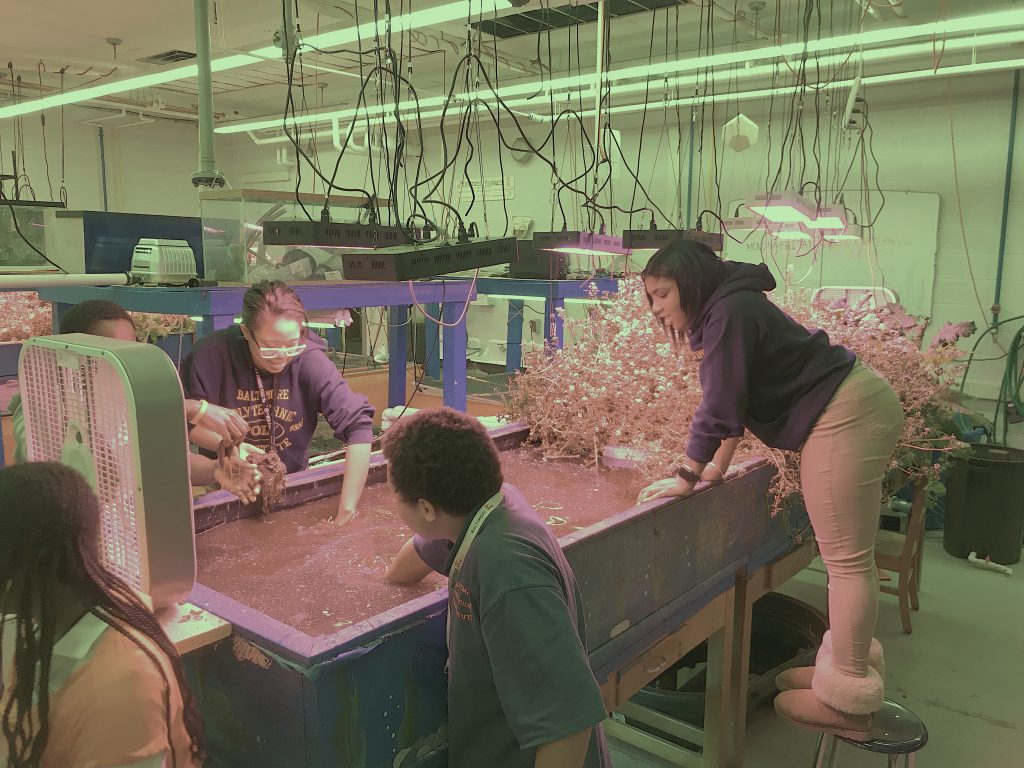 Students at the Baltimore Polytechnic Institute (BPI) have been receiving an education in aquaculture and aquaponics through the school’s aquaponics lab. The program was established three years ago out of a desire to develop a project that would involve both science and engineering departments.

The lab has given the students practical experience growing leafy greens and tilapia and has already inspired a few students to consider a career in the industry.

“The students designed it and built it,” says Jeff Reeser, a science teacher and the school’s aquaponics advisor. “It would have been built a lot sooner if we had done it, but we let the students do it.”

With the students designing the system themselves, there were many setbacks — flooding was a regular issue during construction — but each challenge became a chance to learn and to persevere.

“We have an airline system that provides air with a centralized pump through PVC pipes,” says Reeser. “We had them build it and turned it on and they all started to blow. I asked ‘did you glue the pipes?’ and they said ‘we have to glue them?’ We knew it was going to happen – they plugged it in and it went pop pop pop! But they learn from that.”

Reeser says that two students who have worked in the lab are now at the University of Maryland studying aquaponics, aquaculture and agriculture. One student had been interested in journalism, but after taking Reeser’s AP Environmental Science class and working in the aquaponics program, he switched to environmental journalism and law.

“I think it pushed him towards this career path of doing sustainable agriculture which is a big thing we teach in our AP class – how to feed the world without damaging the environment, and aquaponics lets you grow a lot of food in a small space.”

BPI students also developed their own electronic monitoring system, which is now being used by other schools with similar aquaponics or aquaculture programs. The lab is currently looking at more sustainable food sources for their tilapia – they are growing duck weed, and through a grant, some students have been working at Johns Hopkins University to research the best algae to feed the fish and increase their nutritional value.