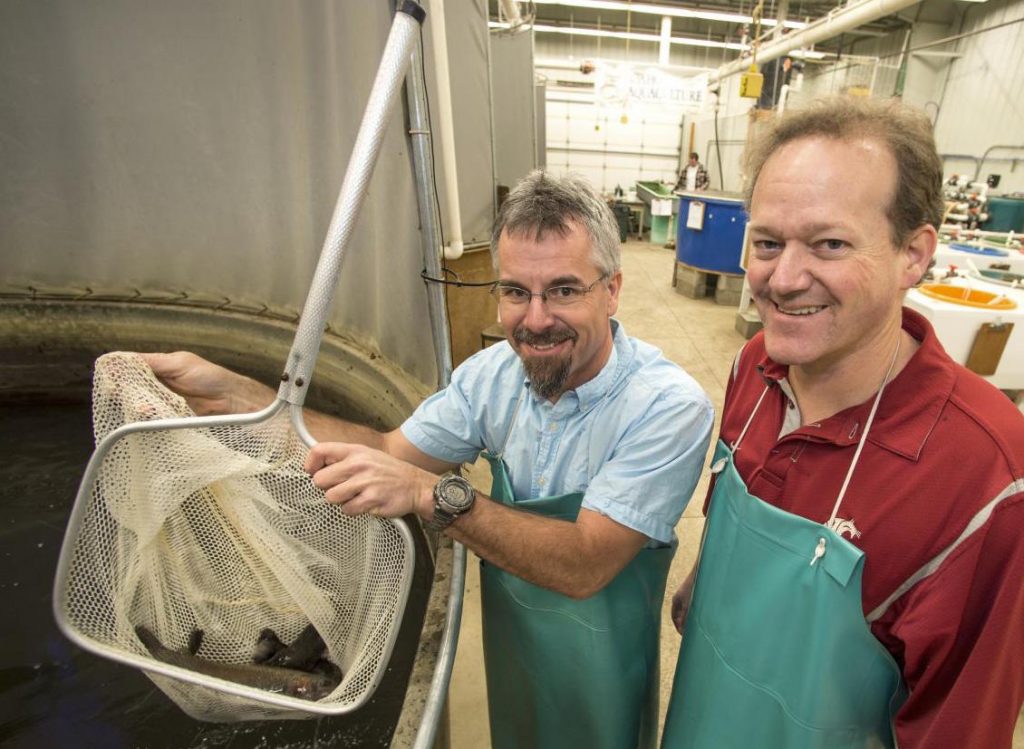 After 15 years of research

The success of probiotics in limiting the effects of coldwater disease (CWD) on trout was validated after a decade of research was concluded last year. After 16 years, a vaccine against this deadly disease has also been developed and the proponents are ready for the next step.

The University of Idaho has patented two probiotic bacterial strains, Enterobacter C6-6 and C6-8, and a live attenuated CWD vaccine.

Commercializing the CWD vaccine is a three-stage process: scaling up vaccine production to meet industry standards; obtaining USDA conditional or full licensing; and launching the product within the next year.

“We are on track to commercialize the vaccine but we are working to fully optimize the vaccine prior to USDA licensing and product launch,” Cain said.

With regard to probiotics, he and Dr Douglas Call of the Washington State University (WSU) recently completed a collaborative work, Entericidin is Required for a Probiotic Treatment (Enterobacter sp. Strain C6-6) to Protect Trout from Cold-Water Disease Challenge. “This work was led by Dr Doug Call at the Washington State University and our focus was to identify potential mechanisms associated with how a probiotic that was fed to fish actually was able to inhibit growth of the pathogen, F. psychrophilum, and reduce mortality due to CWD,” said Cain.

For application, fish food was coated with probiotics, which, in this case, are live bacteria cells that may be able to help prevent and treat some illnesses.

The probiotics were discovered in the gut of the fish itself. “We wanted to find bacteria that were part of the normal microbiota but could inhibit the growth of the pathogen causing coldwater disease. The idea was that such a bacteria would either outcompete or minimize replication of our pathogen of interest,” Cain explained.

“From the collaborative work with Dr Call at WSU, it appears that there is an anti-microbial peptide, Entericidin B, that is responsible for inhibition of the pathogen and reduction in mortality and disease when we test it in fish. We are hoping to follow on with these studies if we obtain the appropriate funding.”

CWD is a major disease problem for trout and salmon hatcheries and farms. “Fish affected by CWD can suffer large open lesions that may kill up to a third of infected hatchery stock, the loss of which takes a large bite out of the worldwide $13.7-billion salmonid aquaculture industry,” according to a report of the USDA’s National Institute of Food and Agriculture.

The surviving fish may develop deformities that reduce their value.

Cain said there are many reasons causing CWD outbreaks at hatcheries and may be associated with environmental problems, density stresses, high feed rates and inadequate cleaning of wastes in tanks and raceways. “Other factors include the level of the pathogen in the water column, where it can be found routinely in natural water systems. It can also be passed on from adult (brood stock) to progeny through the egg, but this is likely at a lower incidence then when encountered in the rearing water,” he explained.

Probiotics are cheap to produce and may represent a healthy and environmentally friendly option to commonly used antibiotics in the fight against CWD. Call, in a WSU article, said, “The problem with antibiotics is that they can lead to bacterial resistance and also contaminate the water and soil. Only two antibiotics are approved for use against CWD.”

Farmers could use either probiotics or vaccines. Using both, however, may be even more potent.

“We feel that a good strategy would be to feed the probiotics early in life prior to development of the immune system, and then vaccinate the fish once they reach one to two grams in size and their immune system is able to respond to the vaccination,” Cain said.  “The only downside of using one or the other would be the potential to reduce disease during early life stages by feeding the probiotic early on, but not protecting fish once they become juveniles, unless the vaccine is provided,” he explained.

He said that he doesn’t foresee resistance from fish farmers even if probiotics have only recently been considered for CWD and other fish health problems in North American aquaculture. He sees the need, though, for “an effective way to get it into the feed on both small- and large-scale… Field trials showing practical benefits and reduced production costs would be required.”

It would be hard to gauge how the use of probiotics would impact the commercial trout industry, he said. “If fully accepted by the industry and mortality were reduced by even a small amount, say, 5 percent, it could provide a substantial benefit through reduction of loss,” Cain said.

In early work Cain and his colleagues conducted, they had to screen over 300 bacterial isolates that they obtained from the gastrointestinal track of healthy rainbow trout. “We then grew our pathogen up on agar plates and put the isolates on the plates similar to how you would do an antibiotic sensitivity test.  We then measured zones of clearing (inhibition) around the probiotics where the pathogen (Flavobacterium psychrophilum) was not able to grow,” Cain said.