Potential growers are taking the time to conduct thorough due diligence prior to putting in applications, says state exec 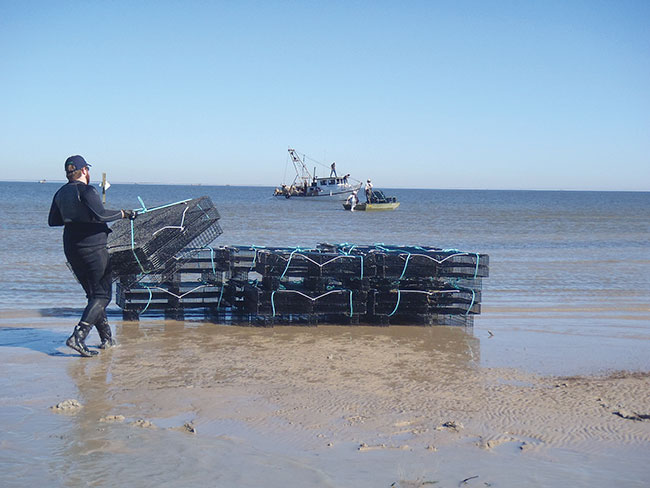 Roughly eight months since Texas approved three permits for oyster leases (one of them conditional), there still are no new permit holders in the state.

“The permit process is extensive due to the number of agencies farmers have to work with,” said Hannah Kaplan, co-owner of Texas Sustainable Oyster Company, who holds the second of the two unconditional permits issued so far.

She says she has had to secure permits from both state and federal agencies, including the Coast Guard, the US Army Corps of Engineers , Texas Parks and Wildlife Department (TWPD)  and the Texas General Land Office. The agencies were “very helpful” but the entire process still took about six months, she says.

“I believe as more people go through the process, it will become easier as the agencies already have answers and process in place.”

Emma Clarkson, manager of TWPD’s Ecosystem Resources Program, confirmed that two final permits and one conditional permit have so far been issued since the state opened applications online in August 2020.

“To date, we have issued a permit to everyone who has applied,” says Clarkson. “There may be numerous reasons that we have so few applicants. We have done pre-application coordination with more than 10 applicants who are at various stages of the process. The majority of these prospective applicants are working out their business needs before they commit to applying for a site.” 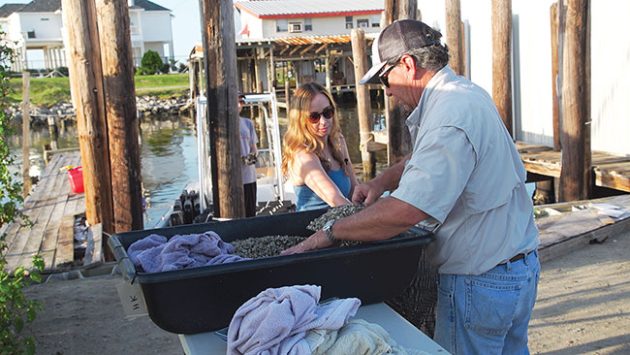 Three applications are currently on the pending list. They are for sites in Matagorda Bay System, Aransas County and Galveston County.

Added Clarkson: “Business needs such as selecting gear, financing and understanding about logistics and operations should be considered before applying. Because the industry is so new in Texas, many prospective applicants need to do quite a bit of research to familiarize themselves with the logistics of running an oyster farm before they commit to an application. To that end, we often refer prospective applicants to the Sea Grant Oyster Mariculture liaison, Mario Marquez, who offers guidance and training on the business aspects of the program.”

This allows applicants to review any permitting concerns with their proposed site before applying so that the application process is expedited and not delayed due to site conflicts. During this process, she works with the applicant to resolve any site selection issues, such as the potential for damaging sensitive habitats.

“It is likely that universal issues associated with COVID (such as  shipping and production delays) may be impacting the availability of aquaculture gear.”

Brad Lomax, who made history as the first ever recipient of an oyster farming permit in Texas, seeded his lease with just over one million oyster seeds in October 2021 – five months from the time he got his permit.

“So far, so good. They appear to be growing well and we expect them to reach market size next summer,” says Lomax, owner of Texas Oyster Company in Copano Bay, Corpus Christi and Water Streets Restaurants.