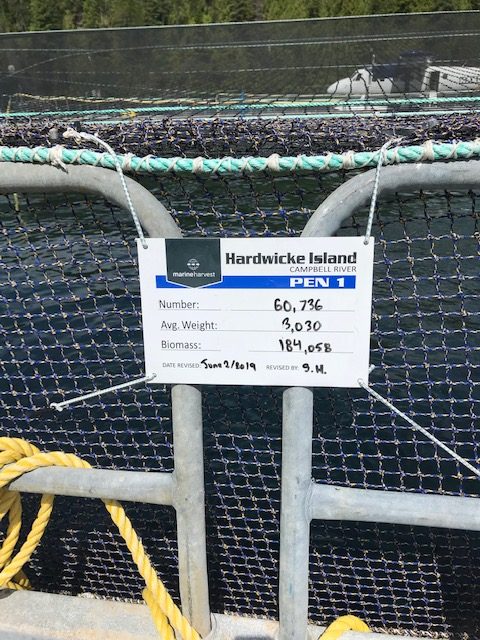 Mowi Canada West has won a small battle after a federal judge granted it injunctive relief, and also acknowledged that salmon aquaculture in B.C. poses low risk to wild salmon.

The company, along with Cermaq and Grieg Seafood, are affected by Fisheries and Oceans Minister Bernadette Jordan’s decision in December 2020 to shut down salmon farms in the Discovery Islands in B.C.

Earlier this month, Mowi sought an injunction against the DFO decision to prevent layoffs and the potential destruction of millions of fish. In particular, it asked the Court to suspend two aspects of the decision with respect to two licensed fish farm sites – Phillips Arm and Hardwicke. This was to give 600,000 juvenile salmon a place where they could grow to market size instead of culling them.

In granting the injunction, Justice Panagiotis Pamel said: “The only evidence before me is that today, salmon aquaculture in B.C. poses no more than a minimal risk to wild salmon. As regards to the transfer operations, as of March 5, 2021 the DFO website deems the transfer of Atlantic salmon to licensed B.C. aquaculture facilities from local sources (other licensed BC hatcheries and salt water sites) to be low risk.”

Mowi could now proceed with the transfer of the smolts to the said farms, saving it $28 million in financial loss and preventing 78 job losses.

“This is a great relief to our employees and communities as it allows us, in the short term, to continue growing these fish and operating these two sites,” said Diane Morrison, managing director of Mowi Canada West.

The relief is only temporary, however.  Mowi, Cermaq and Grieg have yet to hear a ruling from the Federal Court on their demand to overturn the Minister’s December 2020 order. If the decision remains in place, the 19 salmon farms must be gone by June 2022.