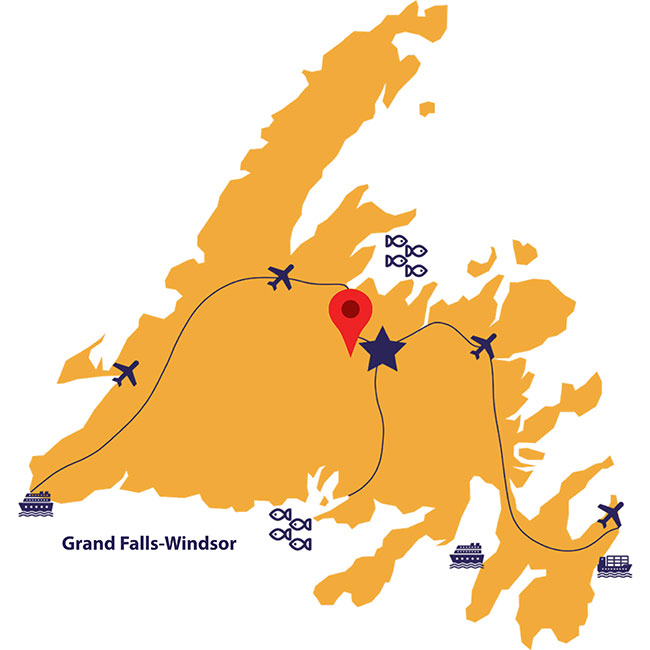 A new company called Scale AQ North America has opened an office in Grand Falls-Windsor, a town in Newfoundland that’s positioning itself as an aquaculture service hub for the province.

Scale AQ was borne out of the merger in August of three technology and equipment suppliers to the global aquaculture industry–Aqualine, AquaOptima and Steinsvik, all founded in Norway.

“Grand Falls-Windsor is well situated for Scale’s offices and warehouse, allowing for quick response times to customers around the province and providing a central location for equipment servicing and efficient logistics,” the company said in a statement.

“This is an exciting development for us at Scale. We have been working with customers in the province of Newfoundland and Labrador for several years and are committed to providing a full level of local technical support for our existing customers and also for upcoming projects,” said Gary Knowles, general manager at Scale AQ North America.