Two 55-gallon drums and 12 goldfish in a garage were the beginning of Ripple Rock Fish Farms, LLC. 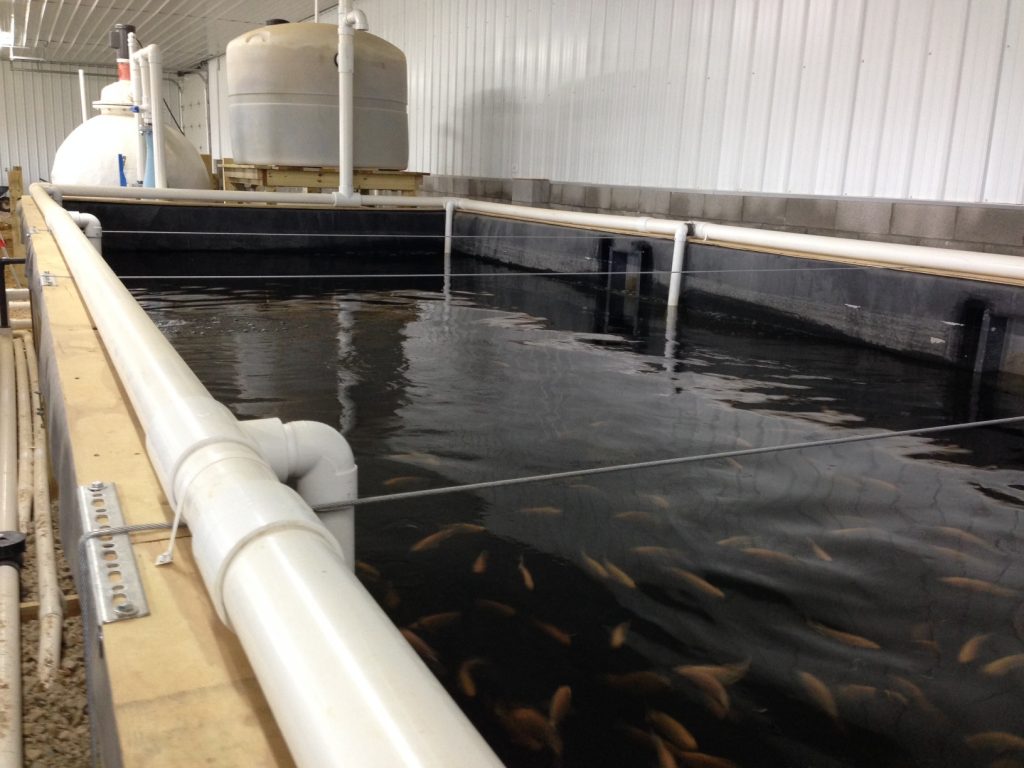 Engineer, Craig Bell and his wife, Traci, decided a few years ago that it was time for Craig to leave his corporate job overseeing facilities management contracts for about a dozen college and university campuses – work that kept him on the road. He wanted to be at home and Traci thought aquaculture just might be the answer.

The goldfish allowed them to test their understanding of an indoor recirculating system. They learned quickly and before they knew it, they’d given the goldfish away, moved into the hayloft of their barn, and had a 3,000-gallon system raising 2,500 pounds of tilapia.

During a course the couple took at Cornell University a newly-designed system was discussed. Bell asked if he could see it in order to copy it for the farm. When he was told a prototype hadn’t yet been built, he offered to build one and run it as a research project for the university. Traci wrote a research-grant application and they were awarded a US Department of Agriculture grant to research the feasibility of a mixed-cell raceway. The grant allowed them to expand again into a 6,000 sq-ft farm building that accommodates the fish raceway and has the capacity to grow 50,000 pounds of tilapia yearly.

The operation has three different systems that treat and recirculate the water: a nursery system with four 150-gallon tanks that receive about 1,200 one-inch 0.5-gram fingerlings a month from an outside hatchery; plus an intermediate system of three 900-gallon tanks, where the fish go after about four weeks in the nursery.

Then there are two raceways measuring 12ft wide, 36ft long and 4ft deep into which the fish are transferred after about 12 weeks in the intermediate tanks. Here they growout to 1.25-1.5 lbs. A grader bar is used to size the fish.

The operation uses automatic feeders and is monitored electronically, with a number of backups including a generator.

The plan is to start selling the waste material as fertilizer for farmers in the area – and to add two more similar-sized raceways to the barn in the coming months to bring its present 25,000-lb production up to the full 50,000-lb capacity.

Ripple Rock Farms also intends venturing into aquaponics by building vegetable beds that will grow tomatoes and lettuce. Often aquaponics operations develop the other way round with vegetables first, then the fish. For now though they are reaching out to others who might want to go into the aquaculture business. “There are so many empty farm buildings that could be used,” Traci said. “And the need is growing.”

So successful has Ripple Rock Fish Farms been that in March Ohio Governor John Kasich recognized the farm as the featured business of the month. It also received an Ohio Business Profile award.

To date the farm’s live fish are sold to Asian markets in Columbus, Cleveland, Chicago and Toronto, but the hope is to market the fish to restaurants, schools and hospitals, as well as retail sales to the public, beginning in July.

As for Craig, Traci and their four children life is good. All of the family pitch in at different levels and in different ways … and everyone (particularly Craig) is happy that he is at home.