The demographics and purchasing behaviour of seafood consumers present a host of challenges and opportunities, says Matt Lally, Manager, Analytics and Insight for Nielsen Perishables, a consultancy firm on fresh seafood for the marketplace. 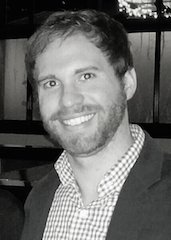 Speaking at  the Canadian Aquaculture Industry Alliance’s Annual General Meeting in November, Lally noted that sales of seafood, viewed collectively rather than in various formats such as canned, frozen and fresh, has seen a growth of only 1.5 percent annually. “Fresh, specifically, performs a little bit higher and has continued to perform over the last five years at a higher growth rate [than canned and frozen]. But there’s still a large room for improvement and a lot of opportunity for fresh seafood to continue to outpace the growth that it has experienced.”

He said there is much that can be learned from analyzing the consumer.  Lally’s analysis starts by understanding who the consumer is. Fresh seafood only reaches about 55 percent of American households, leaving a lot of room for growth, he said. However, examining the 55 percent who purchase seafood, only one-third of those households make up 80 percent of the sales, which means there is a further opportunity to drive those who did purchase seafood to purchase more.

Lally is quick to caution that the industry cannot simply rely on the growth of multicultural households and the influx of younger generations of multicultural consumers because while they are still engaged in purchasing fresh seafood, it is nowhere near the level of their parents.

Non-Hispanic white households on the other hand, show more of a desire for convenient options; they tend to spend more on frozen seafood or prepared seafood alternatives, such as deli sushi.

“There’s a huge opportunity in fresh seafood because it stands to have the greatest gain from the Americans’ increased focus on health,” says Lally. “After the economy, that’s the number one American concern right now, and most Americans feel they can manage their health through their diets. Given the high amount of nutrients, natural vitamins and enrichments from seafood, there is a big opportunity through messaging, education and communication to really increase consumer engagement.”

The key challenge will be reaching consumers who may not be interested in purchasing seafood products. Lally cites the importance giving consumers the opportunity to try seafood through convenient product offerings that appeal to younger households, or incorporating more seafood into the deli area of retailers. Products such as seafood soups, salads, entrees and deli sushi are all growing between 9 and 20 percent annually in sales, which give households an opportunity to try seafood products with limited risk from a monetary perspective.

“One growing area that we’re really talking about is meal kits,” says Lally. “That’s something that is increasingly growing in popularity and one of the benefits of meal kits is it offers customers the opportunity to try new products in portioned sizes as well as having instruction on how to prepare the product. That’s a great way to expose consumers to different varieties. For instance, while tilapia may be something that more consumers are comfortable with, and it’s an easier product to prepare, exposing consumers to different species of fish, or even getting into some of the crustaceans, through meal kits will be a great way for consumers to try them. There has to be a level of comfort in the knowledge and preparation of the product.”

The key to changing those behaviours and getting consumers to expand their seafood choices will be in truly reaching consumers and making an impact on them. Lally says that while he believes a lot of Americans know that dieticians and nutritionists recommend eating two portions of seafood a week, in reality many Americans fall significantly short of that. The seafood industry must find a way to, not only get their messaging out through marketing, but to help consumers feel comfortable and educated with the products.

“Sustainability is such a buzzword in the industry right now,” says Lally. “But there’s a lot of confusion and often even contradictory sources of information on fresh seafood. Finding a consistent and cohesive message around that is going to be really critical, and with that is finding consistency in the perception of seafood. Customers just don’t know what information to trust. There really need to be either government or industry leadership to elevate seafood as a whole.”