Vet licensing a sticking point in aquaculture in federal waters

Aquaculture in US federal waters is inevitable, but there are important regulatory issues that will have to be addressed before that can happen. One issue is licensing of veterinarians, who play an essential role in aquaculture operations. Veterinary licenses are administered by individual states, but under whose jurisdiction do they fall under in federal waters? 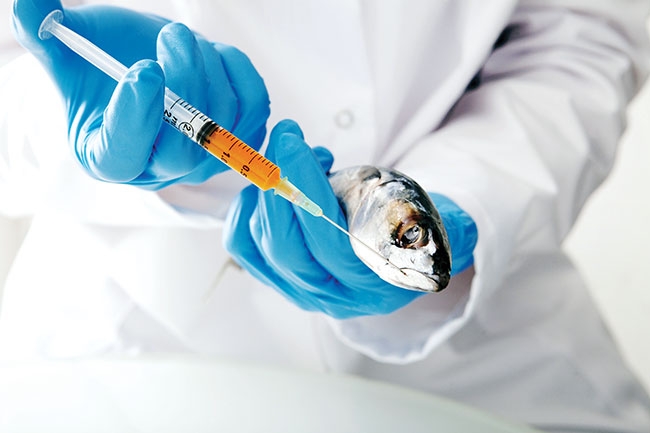 The American Veterinary Medical Association (AVMA) sought to answer this at a meeting in November in Rosemont, Illinois, with 50 representatives from 17 states and other stakeholders.

“Looking at a veterinarian doing work on animals that are in federal waters, outside of state jurisdiction, we saw a regulatory issue that needed to be talked about,” says Dr Warren Hess, assistant director of AVMA’s Division of Animal and Public Health. “More importantly, this needed to be communicated to the states that might be facing this, to make them aware of the fact that we do have a gap here.”

The AVMA offered several recommendations to attendees. In the absence of a federal license, a veterinarian operating in federal waters should be licensed in at least one state. They should be accredited by the US Department of Agriculture (USDA)’s veterinarian service as a Category 2 veterinarian, which will allow them to work with federal and interstate movement papers for any animal species. They should have taken some accreditation modules for aquaculture. And the USDA’s Animal and Plant Health Inspection Service should be the animal health authority for animals in federal waters.

“It really becomes a gap,” says Hess. “It is an area where veterinarians may feel more vulnerable, because they’re thinking: ‘there’s no licensing body to back me up. If things fall back to either one or more of the states in which I’m licensed because of an issue in federal waters, how is that state going to react to it?’ Every state has a different policy or rules or legislation on what actions they might be able to take on a veterinarian who may not have been doing things correctly outside of their jurisdiction. There is no straightforward answer, but we’re trying to patchwork some things together to make states and veterinarians feel more comfortable knowing there’s a general agreement on how these things should go forward.”

Discussion groups at the November meeting suggested other potential solutions, such as the creation of a federal governing body that would be responsible for licenses in federal waters. Hess says the AVMA will present their recommendations at the United States Animal Health Association’s annual meeting in October 2019.