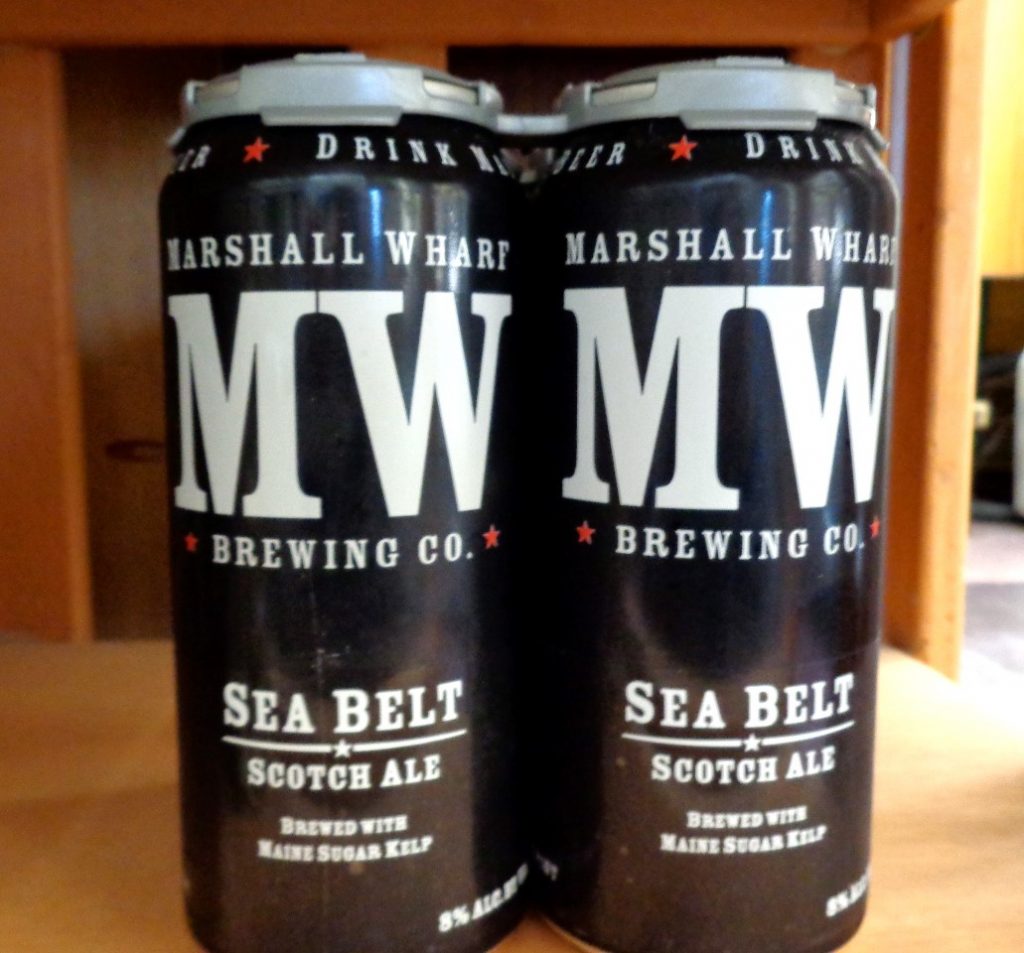 The partners at Maine Fresh Sea Farms found an unusual and exclusive market for dried sugar kelp they produced during their first year – Marshall Point Brewery in Belfast, it’s being added into vats of a slightly tweaked (to accommodate the seaweed) MacFindlay Scotch Ale, six pounds of dried kelp to a batch, to create the kelp-infused Sea Belt Scotch Ale.

After an experimental brew with kelp worked well, David Carlson, owner of the brewery, chose to buy Maine Fresh Sea Farms entire crop of dried sugar kelp because he wanted to be sure he had a reliable supply.  “I have to take my hat off to Sea Farms,” he says.  “They did a good job with grading, harvesting and drying, giving me a consistent product.  I’ve brewed several times and haven’t had to adjust the recipe at all.”  The ale has made quite a splash — inquiries from 28 states, features on National Public Radio and MSNBC, and even mention in an article in England’s “The Guardian.”

Maine Fresh Sea Farms got started when Sarah Redmond, Maine Sea Grant Marine Extension Associate at University of Maine’s Center for Cooperative Aquaculture Research, was looking for people to help grow out ropes seeded with native seaweeds.  They were part of a research project that aims to establish native sea vegetable seed stock and seeding infrastructure in Maine.

When initial growouts on the Damariscotta River were successful, Peter Fischer and Seth

Barker, who had worked with Redmond to put the seed in at Fischer’s lease site, decided to apply for funding to expand the business.  They formed Maine Fresh Sea Farms with a friend, Peter Arnold, who had been helping at the site.  The three men had retired from other jobs, all concerned with sustainable environmental practices. These “retirees” harvested around 1500 pounds of kelp in 2014, which they transported to Fisher’s house and hung on the clothesline to dry.

Through Redmond, they connected with Carlson, who had been thinking about a seaweed infused brew for several years.  “I’d tasted the Scottish brew, Kelpie, a number of years ago,” he says, “so I was aware it was possible to use sea vegetables in the brewing process.”  No stranger to using aquacultured product in his beer – he had developed Pemaquid Oyster Stout, which is described as “having 10 dozen live oysters involved in the beer” — he decided to give their kelp a try.

Encouraging opportunities have emerged for Maine Fresh Sea Farms after raising, drying and selling a first crop that ended up in a new beer.  While the partners plan to continue to supply Carlson, they also are working with local strains of alaria and dulse, and are exploring ways to put their seaweed into varied products.  The business has been awarded funding from NOAA to study the science of sea farming, including more advanced drying technology than Fisher’s clothesline.

They won a second grant from the USDA to develop seaweed products like seaweed snacks and nutraceuticals.  Arnold says their explorations under the USDA grant will include an analysis of the constituents of their seaweed by Bigelow Laboratory and research by the University of Maine Department of Food Science to understand the shelf life of fresh seaweed.  They also plan a nutritional analysis of the Sea Belt brew, which, Arnold observes, might add a new dimension to marketing the ale.

Arnold says he thinks of sea veggies as part of the local food movement:  “Sell fresh whenever we can, then move on to other uses.”  He and his partners hope that their work will encourage more people to consider farming sea vegetables as alternative way to make a living on the water.