AquaBounty: Obstacles many, but high on hopes

The hurdles on the path to the commercial rollout of Aquabounty’s genetically engineered salmon are many yet bit by bit those hurdles are starting to get cleared. With an eye on the prize that is the US salmon market, the Massachusetts biotechnology company has beefed up its team with the appointment of a new CEO, Sylvia Wulf. 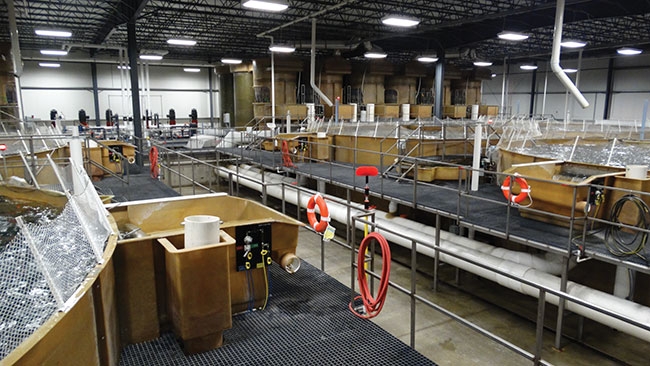 Wulf was most recently senior vice president at one of the country’s leading food distributors, US Foods Inc. AquaBounty believes her “wide and deep experience in the food industry in North America and its fish sector is a vital asset in the production and marketing of AquAdvantage salmon.”

Wulf, who started tenure in January, said “AquAdvantage salmon is the type of innovation necessary to meet the rising consumer demand for a healthy source of protein, and salmon in particular, without placing further pressure on the sea and coastal environments.”

Former CEO Ronald Stotish will remain with the company as an executive director with responsibility for research and regulatory affairs, the company said.  “I look forward to working with Dr Stotish and the team to successfully commercialize it both in North America and abroad,” Wulf added.

The US Department of Agriculture (USDA) says the final rule is “intended to provide a mandatory uniform national standard for disclosure of information to consumers about the bioengineered status of foods.” Mandatory compliance date begins on January 1, 2022.

Despite this development, AquaBounty still cannot proceed with the commercial production of AquAdvantage salmon until another US agency, the Food and Drug Administration (FDA), issues its own labeling guildelines for the salmon. The company is prevented from importing its AquAdvantage salmon eggs from its Canadian facility due to the FDA ban or “Import Alert.” The lifting of that ban will clear the way for the company to bring those salmon eggs into the US and raise them at its farm in Albany, Indiana.

In Canada, AquAdvantage has been approved for sale since 2016. Conley said the company had one sale of 4.5 tonnes of fresh fillets in 2017 and one sale of 4.5 tonnes of frozen fillets in 2018.  “The salmon was produced in our R&D facility in Panama, which has limited production capacity. Our production will increase after our RAS production facility in Rollo Bay, Prince Edward Island (Canada) is completed in Q1 of 2019,” he said.