Aquaculture contributes $5.1B to the Canadian economy

The aquaculture industry contributed $5.1 billion to the Canadian economy and created 25,040, jobs nationwide, according to a new report from the Canadian Aquaculture Industry Alliance (CAIA). 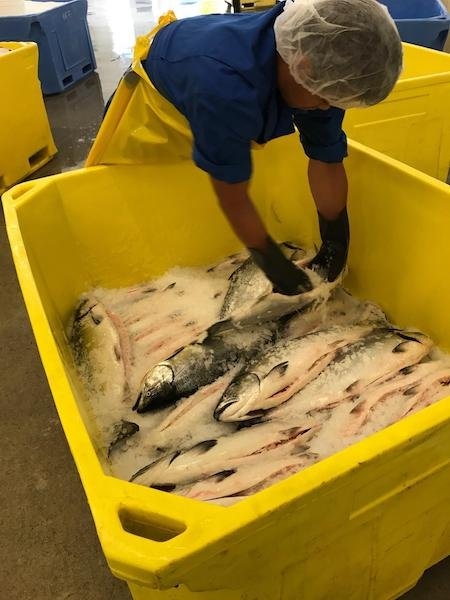 The economic benefits from aquaculture occur at the local

The economic benefits occur at the local, community level, including 40 First Nation and Indigenous communities who are now directly or indirectly involved in farming seafood, the report said.

Farmed seafood production in 2016 went up roughly 6 percent to 200,565 tonnes from 190,111 tonnes in 2015.  Finfish represents the largest component of the aquaculture sector, with 27 different species such as salmon, trout, and Arctic char commercially grown in all regions in Canada. Shellfish is also an important part of the aquaculture sector on both coasts with 20 different species of shellfish cultured, such as mussels, oysters, clams and scallops.

“Canada’s seafood farmers have much to be proud of in 2017. They are producing the highest quality farmed seafood, they are creating year-round jobs, and they are opening new opportunities for local Indigenous communities,” said Timothy Kennedy, Executive Director of CAIA in releasing the report. “Farmed seafood in Canada is sustainable, diverse and growing. We are playing a leadership role on environmental stewardship and creating high value middle class jobs. We are excited by the future opportunities.”