Aquaculture reduced to a political football

Aquaculture in Canada has just gone through the “silly” election season, as some refer to it. 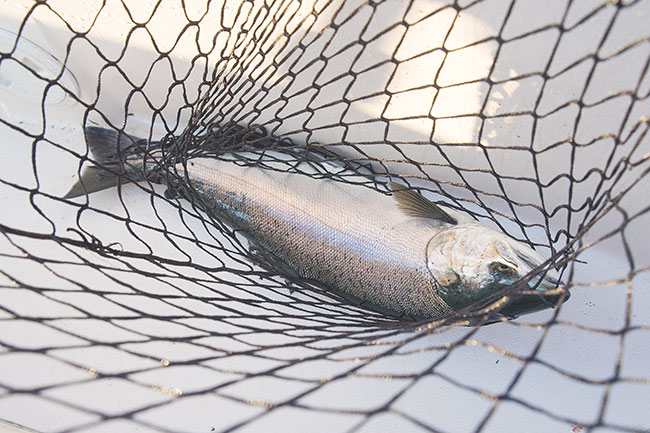 The federal election on 21 October 2019 saw three federal parties, including the incumbent party, promise to put BC salmon net-pen farming into closed containment no later than 2025. This was pure politics, designed to gain support in hotly contested electoral districts. Funny thing is, not one party actually provided a plan as to how this would be done. The average Canadian would not really understand this nor would they understand why such a policy would even be coming during an election period. Why anyone would propose a policy that will increase greenhouse gas emissions in today’s world of climate change is beyond me.

Moving to closed containment is something that realistically cannot be done in the period of time committed–which is roughly six years– regardless if there was a real intent to do so (thus, the reference to the silly election season). One would be hard pressed to find backers given the energy costs, increased carbon impacts, market access issues, land costs, costs to First Nations’ sovereignty and negotiations required to put installations on unceded land, not to mention loss of sustainably farmed seafood in high demand around the planet. I doubt if the Province of British Columbia would step in and take charge of regulating the sector. As some may recall, the province refused to defend and argue to keep it under its jurisdiction in a court challenge not too long ago.

I also doubt whether the politicians understand that laws would have to be created or probably repealed in order to designate net-pen farming as not permissible under the Fisheries Act. Moreover, an “on land” move would result in upwards of 7,000 Canadian jobs lost to the rural, coastal economy of British Columbia if this were to come to pass in the next six years. If it was all moved to land (paraphrasing policy here), who would be in charge of regulating it? Would it be the province? At the moment the Federal Regulator (Fisheries and Oceans Canada or DFO) regulates aquaculture in the public coastal waters of the province. Would DFO be willing to give up its control? Is that the intent of these spurious election promises?

The policy to move to closed containment is directed on British Columbia, Canada’s largest producer of farmed salmon. What if the ruling party decided to move the entire sector across the country onto land? What message would that be saying to the 25,000-plus Canadians working in 10 provinces and one territory, and to the roughly 40 First Nations with whom partnerships are already established? All of this year-round employment is based in much needed, resource-replete areas of the country. In any event, these sorts of promises made during an election campaign are often made in haste, not thought-out, and for simple political gain, without any thought of the people they will affect. It truly was a silly season, and unfortunately Canadians and their families suffer when these platforms are espoused, even if done purely for political gain.

It is unfortunate that aquaculture in Canada has become a “political football,” kicking it away as if it was an incurable contagion. It is too bad because Canada once was, some 40 years ago, in the top 10 fishery nations in the world. We could regain former glory for the sake of our rural economy, with the help of a sector that can and does farm responsibly in our oceans. If Norway, Scotland, Iceland and Australia can do it, why can’t Canada “own” the sector? Interestingly, this debate has been ongoing for nearly 40 years. The feds recognized in a national forum in 1983 (led by DFO) that the laws of the land do not recognize aquaculture as a legitimate endeavor in coastal areas of the country. Since then, innumerable studies by parliamentarians have been conducted, successive federal regulators have recognized the need for a policy on aquaculture, starting with the Aqua Strategy 1995 by the then DFO Minister Brian Tobin, culminating by yet another study by parliamentarians of all parties in 2015-2016. That umpteenth study concluded that aquaculture needs to have its own Act, in collaboration with the Provinces as full partners, and should provide support to farmers of the sea for innovation and so on. Yet here we are being kicked around the country like a football while the rest of the world embraces fish farming as the future of food (incidentally, 180 plus nations around the globe apparently do as well, according to the United Nations).

Cyr Couturier is a long time fisheries “observer,” an academic and scientist at the Memorial University of Newfoundland. He has worked on fisheries and aquaculture science since 1980, collaborating with fish harvesters and farmers in over 20 countries towards sustainable aquaculture.